National Youth Organizer of the New Patriotic Party and a National Organizer hopeful Sammi Awuku says he will be more deadly to former president John Mahama than before.

Addressing the press in Koforidua after his campaign in the Eastern Region, Sammi Awuku said, the NPP welcomes john Mahama’s decision to contest for NDC flafbearership race and subsequently contest in the 2020 presidential elections.

He said the NPP wish John Mahama luck in the NDC internal primaries but wouldn’t wish him success in the 2020 presidential elections.

According to Awuku, President Mahama will have to answer certain key questions after his election as the NDC presidential candidate. 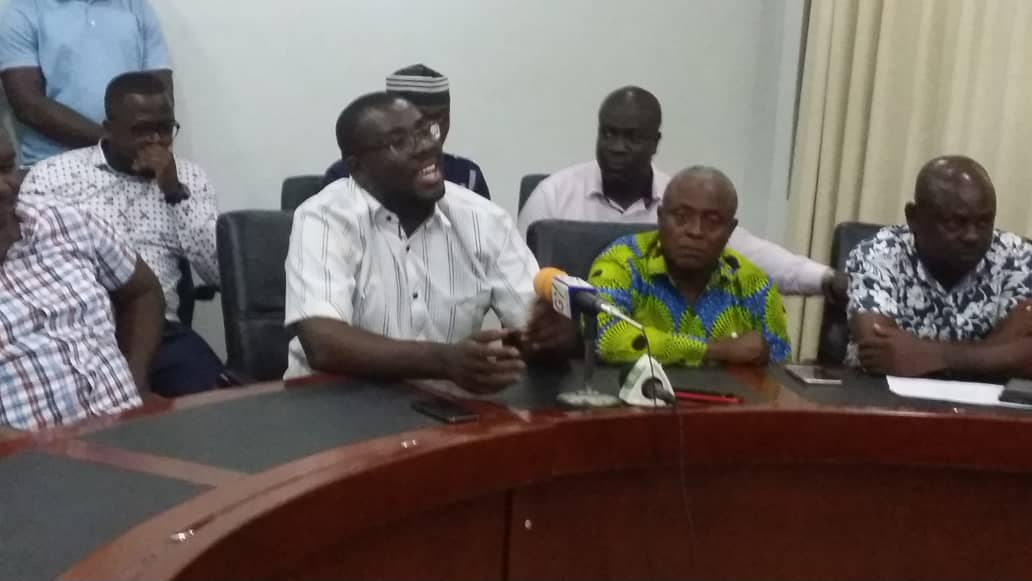 Sammi Awuku said John Mahama and the NDC will have to tell Ghanaians whether they will cancel the nurses and teacher trainee allowance, whether the free SHS policy will be scraped, whether the one village-one-dam in the Northern Region among other major intervention under the NPP will be scrapped.

“He [Mahama] said in 2016 that restoring the nursing and teacher trainee allowance would collapse the economy, the NPP has restored the allowances, I would want to ask him whether he will scrap the allowance if elected in 2020; he said free SHS is not possible even though he was a beneficiary of same, he said, we should wait to elevate all the schools under trees before we implement free SHS, today the NPP has implemented free SHS”, Sammi Awuku stated.

“Mr. Mahama when he finishes with his primaries must tell us whether free SHS should be put on hold or not, he may also have to tell us what he would do with the over 500 dams being constructed across the country. I remember when the NPP said we were going to construct dams, the NDC said it was going to breed mosquitoes in the country, we would want to know when he comes whether he will close the dams or what he would do with it” Sammi Awuku added.

He said this are the questions they will be asking Mahama and the NDC post his flagbearership, indicating that, they will engage John Mahama on a national discourse.

Touching on his national organizer ambition, Sammi Awuku outlined four keen agenda he wishes to execute for the NPP when he has the mandate.

He said, regular training of party officials on their mandate or roles, timely distribution of resources to the grassroots for party mobilization, re-focusing the NASA, women and youth wing of the party to garner majority support for the NPP and massive membership drive will be his main agenda.

The national organizer hopeful also wants to form what he calls Party Operations team to bring all groupings in the party under one umbrella. He said, the operations team will monitor and regulate all volunteer groups working for the NPP and ensure that they work in the interest and in conformity with the NPP ideology.

He said president Mahama has form a vigilante group called the ‘Hawks’ to foment troubles ahead of the 2020 election but the NPP will not wait to be surprised by the NDC. He said the formation of the party operations team will handle all excesses.

However, he added that, they will not allow any vigilante group to cause troubles and denigrate the NPP.