Kenya is the first African country to start using a generic version of the latest AIDS drug that can improve and prolong the lives of tens of thousands of people who suffer severe side effects and resistance to other treatments.

A generic of Dolutegravir (DTG), first approved in the United States in 2013, is being given to 20,000 patients in Kenya before being rolled out in Nigeria and Uganda later this year, with the backing of the health agency UNITAID.

DTG is the drug of choice for people with HIV in high-income countries who have never taken antiretroviral therapy before and for those who have developed resistance to other treatment.

“I had constant nightmares and no appetite,” said Nairobi resident Doughtiest Ogutu, who started taking the drug this year because of her resistance to other treatments.

“My appetite has come back… My body is working well with it.” 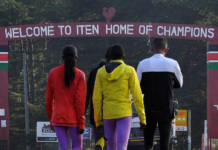