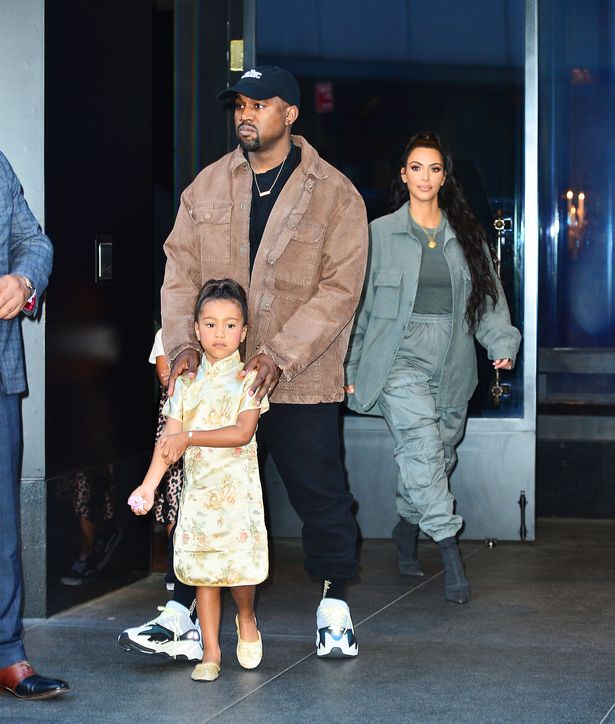 Kanye West has banned his six-year-old daughter North from wearing make-up and crop tops after becoming a “born again” Christian.

The award-winning rapper, who released his new gospel-inspired album Jesus Is King on Friday, told his young daughter that she can’t touch cosmetics until she’s a teenager.

But his wife reality star Kim Kardashian , 39, has confessed that his conservative views is causing a “big fight” in the house, especially his views on North using make-up.

Make-up mogul Kim told E! News: “North is trying to get in on the makeup, but she’s being blocked heavily because her dad has stopped all makeup for her until she is a teenager.”

“It’s a big discussion, a big fight in the household right now but it is what’s best.

“I think as a parent you just learn and figure it out as you go and we realised we didn’t really want her to wear makeup at a young age but she sees her mom putting on lipstick and lip gloss.”

Kanye, 42, first ruled out North’s growing interest in make-up last month, but has previously allowed his little girl to wear it many other times.

The couple’s eldest child has been seen wearing make-up on multiple occasions, including bright orange eyeshadow and red lipstick.

The brunette beauty told E! when her husband first stopped North wearing make-up: “I think he had it [with North’s make-up so] he changed all the rules.

But it doesn’t help that Kylie Jenner generously gives North all of the lip kits from her Kylie Cosmetics beauty brand.

“I kind of got in trouble for that, too. So, it’s now no more makeup,” Kim continued.

He revealed on Apple Music’s Beats 1 that when North was young he wanted her to look like a pop star.