Over 20 people are in critical conditions in an accident involving a metro mass bus which occurred at Kasoa tollbooth on the Accra-Kasoa highway in the Central region.

Reports indicate the Metro Mass Transit (MMT) bus travelling from Kaneshie to Takoradi veered off the road after about 300 metres drive from the Kasoa toll booth.

Speaking in an interview with Adom News, the Weija Divisional MTTD Commander, DSP Obeng Boateng said no death has been recorded, adding that those injured have been conveyed to the hospital.

“We heard around 12:30 pm that a metro mass transit has been involved in an accident after an unidentified taxi driver crossed him. As at now, we can say about 46 people were on board but nobody is dead,” he said.

A Medical officer at Finney Hospital, Dr Kwamena Nunoo, who spoke to Adom News on a visit to the hospital revealed 12 of the victims who were brought to their facility has been referred to the Korle-Bu Teaching Hospital while 14 are on admission including three children. 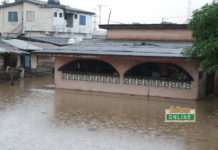 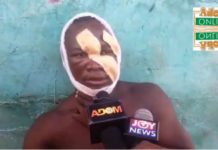 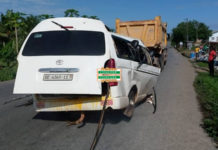