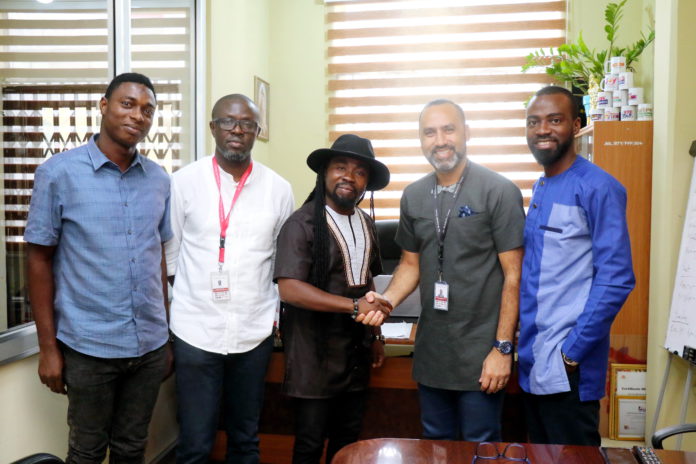 The legendary rapper is celebrating PaeMuKa@20 and has lined up a number of activities to mark the 20th anniversary.

To get the best from the anniversary, Obrafour met the Managing Director and General Manager of Multi TV, Santokh Singh and Abdulai Awudu, respectively to discuss the partnership deal.

Obrafuor launched the anniversary on Wednesday, May 29, 2019, where he explained that it was aimed at cementing his legacy in the music landscape.

The musician is, therefore, organising a number of symposia to highlight his contribution to the hiplife genre.

He will also have a cypher for rappers who would ride the ‘Pae Mu Ka’ beat, an activity that is expected to air on television and the musician’s social media pages.

Even though details of the partnership are yet to be made public, the Multimedia Group is expected to help publicize these activities, using its myriad of media platforms.

Obrafuor will also embark on a number of regional tours through Koforidua, Takyiman, Kumasi, Takoradi and Accra where he will organise a big concert.

The Pae Mu Ka album was produced by Hammer of The Last Two fame and it was released in 1999.

View some more photos of the meeting below: