The Supreme Court has ruled that one of the judges accused of involvement in the corruption scandal that rocked the judiciary in 2015 following an expose’ by private investigator, Anas Aremeyaw Anas, is entitled to his retirement benefits.

The judgement by the court nullifies the decision by the Chief Justice to withhold the retirement benefits of Justice Kwame Ohene-Essel (Rtd) until the final determination of the impeachment process against him.

Justice Ohene-Essel was granted his benefits after the apex court held that he was not impeached, neither did the Chief Justice set up any committee to conduct impeachment proceedings against him as of the time he retired as a judge.

Again, the court held that the failure by the Chief Justice to set up a committee to commence impeachment proceedings against Justice Ohene-Essel before he went on retirement meant he could not be impeached because such a constitutional process did not apply to judges on retirement.

“An impeachment proceedings cannot be commenced in respect of a retired Judge. After all, if the process is completed, and the recommendation is for removal from office, from where will he be removed from and to what effect?” the court held.

Justice Ohene-Essel was a High Court judge at Tarkwa in the Western Region and was one of the over 100 judges and judicial staff who were allegedly implicated in the expose’ by Anas and his TIGEREYEPI investigative team which shook the foundations of the judiciary.

The court, however, held that as at the time Justice Ohene-Essel attained the age of 65 and compulsorily retired on August 23, 2017, no committee had been set up by the Chief Justice to investigate the allegations levelled against him and to make recommendations as to whether or not he should be removed from office as a judge per Article 146 (5) of the 1992 Constitution.

He was allegedly captured on video taking GH¢1,000 as a bribe which was allegedly handed over to him by his court clerk in his residence.

The non-activation of Article 146 (5) was what made the apex court to hold that Justice Ohene-Essel was “entitled to all the pension and gratuity benefits as provided for under Article 155 (1) (b) of the Constitution 1992.”

According to the court, it was the activation of Article 146 (5) of the 1992 Constitution which would commence “actual investigations into the petition” and also allow Justice Ohene-Essel the opportunity to defend himself by presenting evidence and also cross-examine his accusers in line with his rights to fair trial as guaranteed by Article 19 of the 1992 Constitution.

The unanimous decision of the court was delivered by Justice Jones Dotse, who presided over the panel which had Justices Gabriel Pwamang, Samuel Marful-Sau, Agnes Dordzie, Nene Amegatcher, Professor Nii Ashie Kotey and Mariama Owusu as members.

“We answer that the applicant is entitled to all the pension and gratuity benefits as provided for under Article 155 (1) (b) of the Constitution 1992.”

What the constitution says

In case, the Chief Justice makes a prima facie determination, Article 146 (4) empowers the Chief Justice to establish a committee of five consisting of three Justices of the Superior Courts and two others who “are not members of the Council of State, nor members of Parliament, nor lawyers.”

Article 146 (5) stipulates that “the Committee appointed under clause (4) of this article shall investigate the complaint and shall make its recommendations to the Chief Justice who shall forward it to the President.”

Per Article 146 (9), “the President shall act in accordance with the recommendations of the committee.”

On August 14, 2017, a Deputy Judicial Secretary ,acting on the instructions of the Chief Justice, wrote to Justice Ohene-Essel about his impending retirement on August 23, 2017, and subsequently directed the judge to hand over all properties of the Judicial Service in his possession.

“You are to take note that in view of the impeachment proceedings against you, the processing of your retirement benefits will be withheld until the determination of the matter,” the letter stated.

In response, Justice Ohene-Essel, on November 22, 2017, filed a judicial review application against the Chief Justice at the High Court urging the court to quash the letter withholding his retirement benefits and further asked the court to order the Head of Pensions to pay all his benefits.

In line with the constitution and also to resolve the case, the High Court judge, Justice Gifty Agyei-Addo, made a constitutional reference to the Supreme Court.

The reference was “whether or not upon a true and proper interpretation and or construction of Article 146 (3) and (5), the Applicant can be permitted to enjoy his rights under Article 155 (1) (b) of the 1992 Constitution upon his retirement by reason of age, when by reason of he exercising his constitutional right to challenge the prima facie case in court, proceedings under Article 146 (5) of the 1992 Constitution could not be completed by the Respondent.”

On June 24, 2020, the Supreme Court answered the reference in the affirmative and subsequently held that Justice Ohene-Essel was indeed entitled to his retirement benefits.

During the hearing of the case at the Supreme Court, lawyers from the Attorney-General Department, who represented the Chief Justice, argued that the Chief Justice did not drag his feet during the impeachment process, but rather it was a suit filed by Justice Ohene-Essel at the High Court on January 14, 2016, challenging his impeachment, that stalled the process.

The Supreme Court, however, dismissed that argument and held that the suit by Justice Ohene-Essel did not halt the impeachment process as he did not file for an injunction against the process.

“The applicant at no point in time filed any process to injunct or prohibit the respondents from pursuing the impeachment against him,” the court held.

Also, it was the considered view of the court that state attorneys could have taken steps to even have the suit struck out as Justice Ohene-Essel did not adhere to some procedures stipulated by the rules of court. 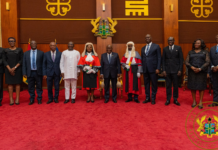 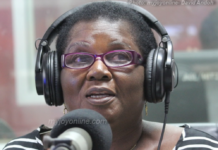