A former Rector of the Ghana Institute of Management and Public Administration (GIMPA) says violent attacks by party footsoldiers in the country will stop if perpetrators are prosecuted.

Professor Stephen Adei said the prosecution of the 13 members of pro-NPP vigilante group, Delta Force, with charges of violent behavior, will serve as deterrent to others.

He expressed optimism in the solutions President Nana Addo Dankwa Akufo-Add has proffered to deal with the issue.

There has been string of attacks across the country after the New Patriotic Party (NPP) was declared winner of the 2016 elections.

These attacks have largely been committed by Invincible and Delta Forces, two vigilante groups affiliated to the NPP. Some members of the Delta Force attacked Ashanti Regional Security Coordinator, George Agyei over his appointment.

The group claimed Mr Agyei did not play any role in the struggle to bring the NPP into power. They recommended the President to appoint their leader.

Public outcry over the attack led to the arrest of 21 members of the group. However, when they were arraigned, only 13 showed up. Minutes later some men numbering over 50 stormed the court premises to release the 13 after the judge had directed that they be remanded.

The 13 later turned themselves in to the police and eight out of the court raiders were also arrested. They have been granted bail.

The development has been condemned by Ghanaians and the international community.

The President has suggested the strengthening of the judiciary and law enforcement agencies to deal with activities of vigilante groups.

Speaking to Joy News on sidelines of Youth Mentorship and Empowerment programme held by the Pentecost Church of Ghana Friday,  Prof Adei, an educationist said he supports the president’s insistence on the rule of law.

“I think [President] Nana Akufo-Addo’s approach to dealing with this menace of vigilante groups is the best, which of course, some of his party members are very angry about,” he said.

Pref Adei said if the President is able to insist on the prosecution of the Delta Force members who attacked the court he will not need them in the next general election in 2020.

On his assessment of President Akufo-Addo’s 100 days in office, Prof. Adei commended the President for setting up the government machinery in place.

“Ghanaians must judge Nana Addo, not on his performance because he’s yet to perform.”

He cautioned the president to purge his government of corruption, saying “we’ll come back for the sake of the voiceless if Nana and his people start “chop chop” and start having flats in Dubai.”

On his part, Chairman of the Church of Pentecost Worldwide, Apostle Professor Opoku Onyina charged President Akufo-Addo to deliver Ghanaians from the economic slavery they find themselves. 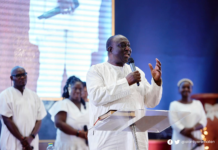 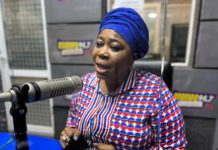 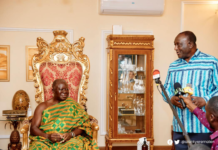