A pathologist who conducted the autopsy on murdered Abuakwa North Member of Parliament (MP), Joseph Boakye Danquah-Adu, has blamed the theft of his personal computer for the two-year delay in issuing a report.

Dr Lawrence Edusei told the court on Monday that despite examining the body in 2016, the report submitted to the court was dated February 2018.

This came to light when defence lawyer Yaw Dankwa cross-examined the pathologist.

Dr Edusei said after the postmortem examination, he typed the report on his personal computer at home.

While at a conference in Germany, he said thieves broke into his house and stole everything, including the computer.

Dr Edusei, however, told the court he was able to access the autopsy data because the same information had been kept at the police hospital.

In his evidence to the court, the pathologist said the late MP died from “exsanguination.”

The court was informed of this conclusion when the pathologist was led by Mrs. Sefakor Batse, a Principal State Attorney, to testify.

He told the court at the time of examination; there was virtually no blood in the legislator’s body.

For further cross-examination, the case has been adjourned to February 1, 2022.

Daniel Asiedu and Vincent Bosso have since 2016 been standing trial for the gruesome murder of the legislator. However, the case has been discontinued and started at different times.

Dr Edusei is the state’s fifth witness out of 10 persons pencilled as possible witnesses for the trial.

The driver of the legislator, Samuel Sarkodie, his night security guard Samuel Apraku Mensah and two others had earlier testified. 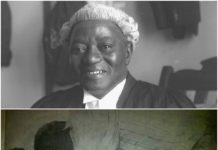 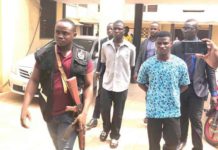