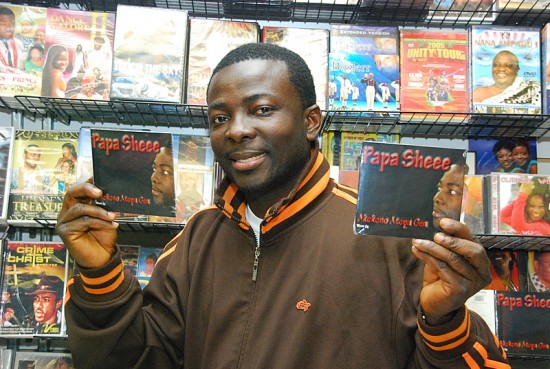 Musician-turned-evangelist, Papa Shee, has revealed that his partner left him when he took the decision to focus on the work of God.

He Evangelist has also revealed that he hasn’t had carnal knowledge of any woman since that relationship broke down some five years ago.

Papa Shee became a born-again after experiencing a death-scare when an aircraft he was traveling in almost crashed in the UK.

READ ALSO: Buju Banton sings of the only law to obey in the world

Following that decision to accept Christ, Papa decided to also move away from the composition and singing of secular music, a decision that did not go down well with his then-partner, Papa Shee told Deloris Frimpong-Manso on her show, the Delay Show.

In spite of his wife’s decision to part ways with him, Papa Shee said he is unfazed by the situation, saying “not all people can embark on the Jesus journey with you.”

He noted that accepting Christ also means “denying your mother, father, brother and sister” hence when your wife leaves you, it’s part of the prize to pay for the calling.

“You don’t compromise on God’s calling,” he noted.

He also revealed that he hasn’t had any intimate moments with any woman for the five years that his marriage broke down.

“I haven’t slept with anyone since; I want to be truthful and obey God’s calling because I want to go to heaven,” he said.