Mr Ackon has described a statement attributed to candidate for Independent Political Party, Jacob Osei to the effect that Dr Nduom must step aside and immediately rescind his decision to contest in this year’s elections if he has the intention to.

The comments made by Jacob Osei suggested GN Bank and Gold Coast’s Papa Kwasi; he will be pelted with stones.”

He was also quoted as saying that “aggrieved customers will launch an attack on him [Dr Nduom] if he attempts to mount the podium to campaign”.

But a near-angry Ackon has described Mr Osei’s comments as a mischievously unguided and aimed at smearing the reputation of Dr Ndoum.

He attributed the crisis involving the banks to the government’s “vindictive and politically coloured decisions not to pay contractors and freezing ongoing projects”.

In a statement issued and signed by Ackon, he advised Jacob Osei to ‘mind his own business’ adding that his claims should be disregarded by all right-thinking people.

He said the extent to which presidential politics has been cheapened to enable people make clueless comments on financial sector reforms in a bid to boost their electoral fortunes is frustrating.

He said among other things that the PPP shall remain steadfast in the quest to provide alternative progressive ideas and continue to offer policies that will reshape the destiny of Ghana.

Nduom steps aside as PPP opens nominations for flagbearers 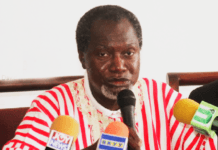 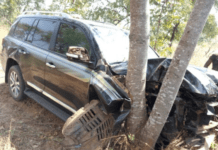