Seventeen foreign nationals, who entered the country through unapproved routes along the Bunkpurugu area of the Ghana-Togo border, have been arrested and repatriated by the Ghana Immigration Service (GIS).

The migrants, comprising 16 Togolese and a Burkinabe, were rounded up by security officers at a suburb of Bunkpurugu where they were hiding.

Upon investigations, he said, it was revealed that they had rented an apartment where they had been hiding for the past three months.

He said they claimed to have been engaging in QNET, an online marketing business.

“After several interrogations and investigations, they disclosed that they used an unapproved route to enter Ghana,” he said.

C/Supt Rev. Doku explained, however, that no evidence was found on the migrants to suggest their involvement in terrorism.

The 17 were, however, repatriated and handed over to the Togo Border Operatives for further actions.

C/Supt Rev. Doku indicated that the landlord who rented the accommodation to them had been invited for interrogation, while efforts were being made to arrest the alleged agent who facilitated their movement into the country.

There is growing fear and panic among residents living along the Ghana-Togo border in the Northern and North East regions following a reported militant attack in northern Togo that resulted in the death of eight soldiers and the injury of many others.

Last month’s attack occurred at Dapaongo, a northern Togo town, which shares boundaries with Bunkpurugu and Tatale in Ghana.

The town is said to be about five kilometres from the Bunkpurugu township.

The Ministry of National Security last week notified the security agencies of a suspicious movement of some group of persons at Garu, Bunkpurugu and Nakpanduri in the Upper East and North East regions.

A notice issued by the ministry and copied to the Ghana Armed Forces and the Ghana Police Service on Friday, June 3, 2022, said the group was sighted on motorbikes in the Garu District.

“Intelligence gathered indicated suspicious movement of a group of persons along a mountainous area that borders Bunkpurugu/Nankpanduri District in the North East Region and Garu in the Upper East Region,” the notice said. 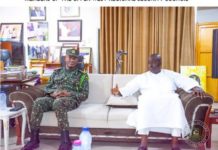 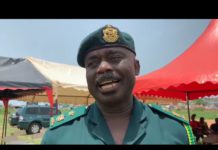 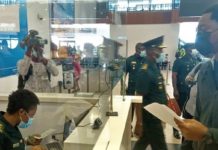