Minister of Communications, Ursula Owusu Ekuful is warning the public about fake recruitment scam purportedly coming from her office on social media.
According to her, one Mark Owusu is parading himself as her personnel assistant to defraud people on social media platforms like Facebook and Whatsapp.
The Minister stated that, the suspect in the name of the Communications Ministry collect monies from unemployed graduates.
The Communications Minister revealed this in an exclusive interview on Asempa FM’s Ekosii Sen programme Thursday.
Unfortunately, she revealed that many people have fallen victim to this scam because of the surname being used by the fraudster.
Hon. Ursula Owusu indicated that, her Ministry has not authorized anyone to recruit on its behalf and hence anyone who falls victim will have her or himself to blame.
“The general public is, hereby, advised to be wary of any persons or groups of persons claiming to recruit for the Communication Ministry,” she stressed.
The Communications Minister added that, the police have been put on high alert to arrest fraudsters like Mark Owusu. 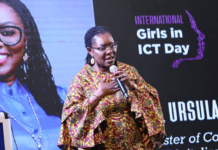 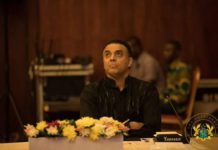