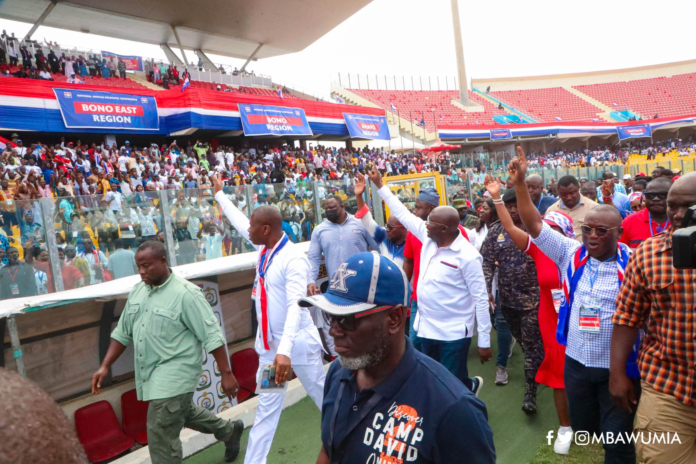 The new executives were elected at the party’s just-ended national delegates’ conference, over the weekend at the Accra Sports stadium.

John Boadu lost in his election bid for the General Secretary position.

The Vice President in a Facebook post said, “Congratulations to all the newly elected and returning National Officers of our dear party. I look forward to working with you. To the other candidates who didn’t make it, I say to you, well done and better luck next time.

“Together we shall grow our Party and work to sustain the political power,” he added.