Koku Anyidoho maintained that, his [Nana] government is “swimming in the turbulence of corruption” and it’s only a matter of time for all appointees culpable to be stripped naked.

The NDC man was reacting to the one-man campaign being embarked on by Member of Parliament for Assin Central against Anas.

The maverick politician who is not enthused about the way Anas conducts his investigations questioned his modus operandi.

The Assin Central MP maintained that, the celebrated journalist whose latest work on sports and politics has created fear and panic in the country is himself “corrupt”.

Ken Agyapong has vowed to expose all the “corrupt deeds” of Anas Aremeyaw Anas to Ghanaians to know who he truly is.

But on Asempa FM’s Ekosii Sen programme Thursday, Koku Anyidoho claimed the hate campaign by Ken Agyapong is sanctioned by the presidency.

Otherwise, he said, what would be the motivation of an MP to bring down an investigative journalist whose only motive is to expose corrupt officials.

The NDC deputy scribe wondered why Anas’ method of investigation is being questioned by members of the same government who promised to use the ‘Anas theory’ to fight corruption if voted to power.

Koku Anyidoho said though he does not care about those implicated in Anas’ video to be premiered on June 6, 2018, “I’m happy Anas’ theory is catching up with them”. 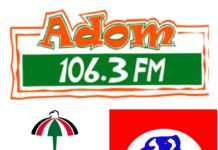 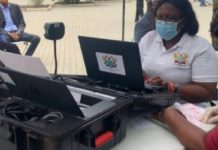 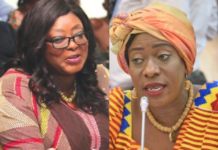