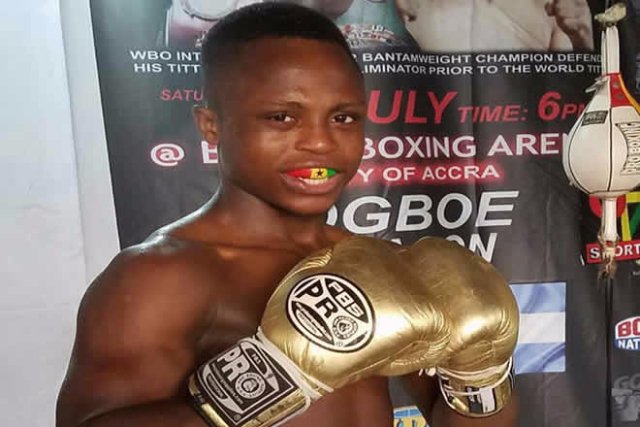 The camp of the recently dethroned Ghanaian boxing champion, Isaac Dogboe has placed a finger on what caused their surprising defeat at the Madison Square Garden in the United States of America.

In a Facebook post put up on the boxer’s page, the team attributed the defeat to underestimating the opponent.

“Team Dogboe has accepted Defeat because we  the Mexican Emanuel Navarette. We have learnt from this experience and we WILL come back stronger,” the statement read in part.

The camp’s admission of “underrating the opponent raises many questions and confirms the position of boxing commentators who have called for on the boxer’s to engage a more experienced trainer.

Navarette won the bout by a unanimous decision with all three judges ing the bout in favour of the Mexican.

Dogboe who had a badly swollen face after the bout said he will now take a break, regroup and aim to come back to the top again.