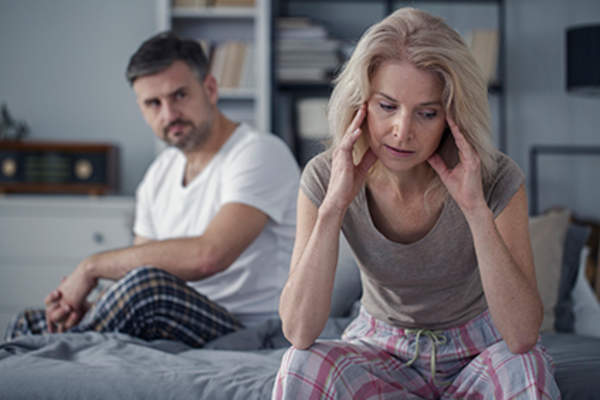 We’ve all had a moment where we’ve run into someone in public but not recognised them because their appearance has drastically changed.

It can be a little embarrassing but it’s easy enough to handle. However, for one woman – it came with an apparently earth-shattering realisation – he’s her daughter’s biological dad.

On Reddit, the woman asked for advice, claiming she discovered that a man she’s been dating actually impregnated her over four years ago during a one night stand.

They didn’t keep in touch, clearly (!), but she claims they recently started dating after meeting at an event, and she’s only just realised.

Writing her account, she explained: “I’m a single mother to a beautiful little girl from a one night stand about 4.5 years. just finished college and had just moved and wasn’t looking for anything serious.

“It also happened was also just before I left on my two-month-long post-college vacation.

“I have been dating this man for four months. He’s met my daughter once. They get along extremely well. But I don’t let them overlap too much.

“Prior to last week, he’s been coming back to my place because I had a bad experience going back to another man’s place a year ago. So I went back to his place for the first time… It’s the same f****** building as that man.

“I didn’t really recognize it until we pulled into the parking garage and went up the elevator but I know it is.

“I recognised the hallways instantly. It also had a very recognisable building smell? (I don’t know why I remember that. But I feel like they use the clean solutions that spas use, it smells like eucalyptus and…apartment musk?

“The [flat] itself is similar but it’s been 4 years and I honestly don’t remember anything but his room, and that he had a red couch and the layout which I’m assuming is similar for most of the condos.

“It’s been a week, but I genuinely think it’s him now because, though they were busy, we met both times at two very similar events.

“Four yrs ago the man had shoulder-length wavy dark hair and a thick beard when we slept together. He does have a similar skin tone, (kind Mediterranean).

“The man I am dating has short-cropped dark hair, light stubble and glasses, he also has an Italian background. They have the same name. It’s a very basic American name so I never connected it together.

“Also, to make it worse I likely look very different too. I used to be very thin, and suffered from an eating disorder, that my pregnancy really helped me to overcome (I’ve gained 30lbs, which I really needed).https://get-latest.convrse.media/?url=https%3A%2F%2Fwww.mirror.co.uk%2Fnews%2Fweird-news%2Fi-funny-feeling-guy-dating-26905909&cre=center&cip=20&view=web

“I also had short hair that I straightened & I’m half black and admittedly look very different now with my long curly hair.

“Also, To be clear. I am stable time-wise, and money-wise. I DO NOT need this man in my life. My daughter has two amazing father figures in her uncles who visit every other day and absolutely love their roles in her life and would probably steal her if that could.”

Unsurprisingly, people told the woman to contact him, with one writing: “Text something back like: “Oh my god. I think we slept together before, about 5 years ago.”

“Then describe yourself then. Carry the convo on and then let him know that you got pregnant from that encounter. You’ll understand if he ghosts and doesn’t want to date anymore.”

Another wrote: “This has got to be fake, no way,” while another wrote: “People can change a lot over five years, and considering it was a one night stand and they were both drunk, it’s totally plausible. Crazy and unlikely? Yes. Impossible? No”