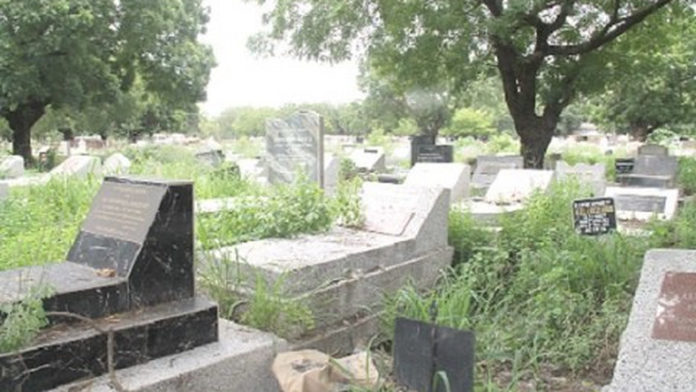 The founder of Cultivating Minds Foundation has recounted how the ill-treatment of some relatives compelled her to seek shelter at the cemetery.

Mary Addy said the cemetery was the only place she found peace and comfort from her relatives who often abused her physically, verbally or emotionally.

She grew up in a family where she was adored. Everything was moving on swiftly until her parents separated, and then her predicaments started.

“I grew up as a depressed child. My parents got separated when I was four years and I found myself living with my father’s aunt and her children and that was the beginning of my predicaments.

“At age 6, I started sleeping on the streets and at a point, I was sleeping on the tree in the cemetery because I found safety and peace there,” she disclosed this on the ‘My Story’ series of the Strong and Sassy Show.

The only time she was treated with some kindness was when her relatives got the hint that her dad was coming around.

“My father lived at Akwatia and I lived with his aunt in Accra. Whenever he was coming to Accra, that’s when his relatives whom I lived with will start to look for me, give me a nice dress.”

This, she said, was only to cover up.

She complained to her Dad about the ill-treatment she was being subjected to but he didn’t believe her because everything seemed okay anytime he paid them a visit.

The continuous torture by her relatives compelled her to seek shelter in a school in the neighbourhood but there, she was defiled.

“One day I ran from home and I was sleeping in a Methodist classroom. The watchman there defiled me. I was only nine years old when this happened. From there, I ran straight to the sea. I wanted to die but I was rescued by some fishermen,” she recalled.

When she grew a bit older, she found the courage to exit the father’s cousin’s home and went to live with her dad at Akwatia, and vowed never to return again. But there also, she found no peace because her dad would not allow her to visit her mum.

Eventually, she left her dad’s home as well and moved to live with an aunt (her dad’s biological sister). According to her, life in that house was hell!

According to her, she had hay fever at 12 years and was accused of witchcraft and battered as a result of the illness.

“I was very sick and my Aunt took me to a white church and they asked me to confess that I’m a witch. I was battered,” she recalled.

“They did everything to make me confess but I didn’t know what to confess to,” she added.

She couldn’t also live there as well due to the ill-treatment. So, she returned to her father’s house, “and that was how I entered into a relationship but the relationship did not work.

“I never found love anywhere and I thought growing up and getting into a relationship, I’ll find love but that also eluded me,” she stated, adding that her quest to find love (which failed) ended her up as a single mother with two children.

Later, she returned to Accra after her aunt requested she joined her in the city because her relationship was not working. There, she faced more predicaments as her aunt started maltreating her again.

She recalled that she had raised some capital which she intended to build a house, start a business and enrolled her kids but the money was stolen when she went to live with an uncle, upon the request of her auntie.

So she went back to live with her aunt after she lost all she had and there, the maltreatment continued.