One Kumawood actor, who goes by the name Sean Paul and well known for his fancy signature shoes, says some Ghallywood actors patronised the Kumawood industry because there was a decline in movie-making in the southern part of the country.

He mentioned Van Vicker as one of the actors who started acting with actors based in Kumasi because the industry wasn’t lucrative in the Ghallywood camp.

SEE THIS: Video: I’m the breadwinner of my family – Wendy Shay

Talking on migration from compact disks sales to online sales, Sean Paul said many actors had to fend for themselves through other avenues.

“Majid is a pastor because the industry is down. They are hungry. With Yvonne Nelson, if not Instagram, hunger will also kill her. Ghallywood died first before Kumawood. Van Vicker was now acting with Lil Win. Before they were claiming Kumawood was local but after he got hungry Van Vicker joined,” Sean Paul said in an interview with Ghpage.

ALSO SEE: Video: Meet the 6-year-old girl who can sing most of Shatta Wale’s songs

Throwing light on why Ghana’s movie industry is no longer lucrative, the actor who listed comedian Charlie Chaplin as his role model, blamed directors for not being innovative enough and again mentioned how ‘sex for roles’ is engulfing the industry.

Being an actor helps me win more souls – Majid Michel 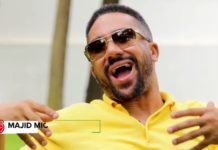 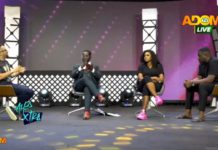 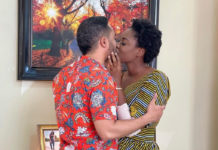