A young man, who recently was captured on a CCTV camera stealing from  an offering bowl in Church has been busted.

The thief, identified as Ebo  was supposedly grabbed while attempting the same act in another Church, according to reports. 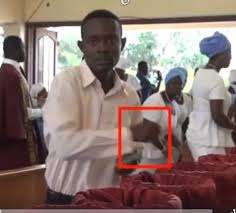 In a fresh video circulating on social media, he’s seen explaining to congregants what really pushed him to commit such act.

“I am not a thief as you may be thinking. I just did it because I was hard up“, he confessed to his accusers. 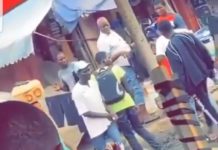