A 28-year-old woman whose name was only given as Shanti K has been arrested by the Tesano Police for ‘photoshopping’ naked pictures of an upcoming actress, Destina Tata and sharing them on social media.

The actress’s pictures were part of some naked pictures that went viral on Facebook and Instagram last week.

The suspect confesses to being driven by jealousy to alter the picture of the actress and joined it to a naked body that matches her complexion.

She was arrested upon a tip-off.

According to the actress, the conduct of the lady was borne out of jealousy.

“I am a renowned upcoming actress and she has posted my photo and photoshopped some naked pictures and added mine to it and it was all over on social media. I want her to be behind bars for such disgusting acts.

“She used to be a friend on social media but I blocked her after hearing reports that she uses people’s photos for bad things until she actually did same to me and that’s why I led the police to arrest her because she only wants to destroy my reputation and I won’t allow her” she told Adom News.

Destina Tata, whose mobile phone keeps on ringing since the pictures were released, said she joined forces with colleagues to arrest the suspect.

Meanwhile the culprit, Shanti K who is currently in the grips of the Tesano police has apologized for her act and hopes the actress forgives her for such barbaric acts.

According to her, she was driven into altering the pictures of the actress because of jealousy.

She said she was displeased with the manner her boyfriend has been liking the actress’ pictures on social media.

The suspect’s boyfriend was formerly going out with the victim until they broke up in 2013.

Fearing her relationship was in jeopardy because of the boyfriend’s attitude, she decided to disparage the reputation of the actress.

According to the suspect, she employed someone who doctored the actress’ picture and joined it to a naked body that matches her complexion.

The naked pictures were then released on social media.

Listen to the suspect

Meanwhile, the police have begun investigations into the matter. 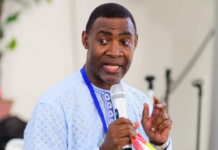