Popular fetish priest has mounted a spirited defense against attempts to ban them from advertising on television, radio and social media.

According to Nana Agradaa, although they deal with spirits, they are also adapting to change therefore no one can stop them from reaching their audience.

Her comment comes after the National chairman of Ghana Psychic and Traditional Healers’ Association Togbe Massa Alonu Adenyo said they are considering banning adverts of fetish priests on both TV and radio.

This, he noted follows complains about scams after the victims are lured to visit those spiritualists through adverts on radio and television.

Togbe Adenyo maintained that the conduct of such fraudsters calling themselves spiritualists is a violation of their rules and regulations.

But Nana Agradaa in an interview on Adom News stated emphatically that they have not flouted any law.

She explained that, they have taken their services from the shrines to radio and TV because “we are now living in a technological world so we have also adapted to change”.

The popular fetish priest revealed that she is available on all the popular social media platforms including facebook, whatsapp and online to enable people who are outside Ghana consult her for their spiritual freedom.

Nana Agradaa who has also had issues with the police for allegedly duping some people stressed that nothing can stop them from reaching their audience.

“Gone were the days when we lived in the bush; we are in the computer world so our activities have changed” she added.

How do we take collection ? – Angry pastor quizzes after suspension of church services [video] 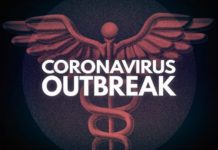 Coronavirus: What happened to boy who defied Prez’s directive [Watch] 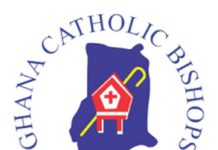 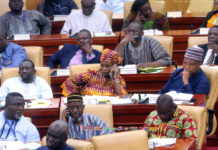 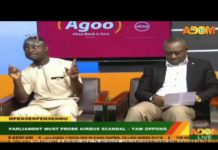 Trump considers expansion of travel ban to Nigeria, 6 other countries