The revamped Komenda sugar factory in the Central region never produced even a cube of sugar. Deputy Minister for Trade and Industry, Robert Ahomka Lindsay has said.
According to him, the supposed sugar which was shown on television was a semi-finished product which was bought by government.
Mr. Ahomka Lindsay exposé came when he appeared before the Public Accounts Committee (PAC) to give details of work on the defunct factory.
The Komenda Sugar Factory was first established in 1960s by Ghana’s first president, Dr. Kwame Nkrumah was part of his economic policy for industrialization but collapsed.
It was later revamped in May 2016 by the erstwhile Mahama-led administration with a $35-million Indian government facility.
President Mahama at the inauguration said factory said it has a manufacturing appetite capable of producing 1,250 tonnes of sugar daily and also create about 7000 direct and indirect jobs.
But the factory closed down in July 2016 after the sugar cane season petered off.
The shutdown fueled criticism from the then opposition New Patriotic Party (NPP) that the commissioning of the project was for propaganda value rather than sound economic judgement.
To prove their critics wrong, government led some media personnel at the site and proved that indeed the factory was working.

However, the move the set the record straight by the erstwhile Mahama administration, Mr. Ahomka Lindsay said was just to deceive Ghanaians.
He stated emphatically that, government bought the sugar and processed half just to prove to Ghanaians that the factor was working. 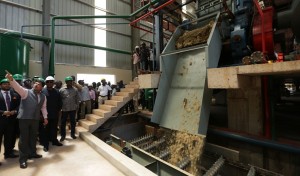 “The sugar you tasted was processed sugar bought by government. We have never put sugarcane through the full system of the factory” the deputy Trade Minister stressed.
What has made the issue murkier, he noted is the total land area is not enough to provide the sugarcane for the factory. 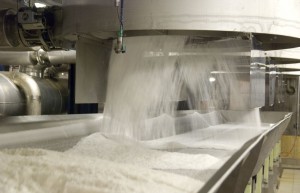 As an immediate measure, Mr. Ahomka Lindsay said they had to look for lands around Winneba to grow the sugarcane for feed the factory.
Play attached audio for more

The deputy Trade Minister also revealed that, government currently owes the contractors who worked on the factory up to $7 million.
He said they have signed agreements with the companies managing the facility who presented their bills to the Trade Ministry to the way forward.
Mr. Ahomka Lindsay said “Komenda will operate but we want to make sure it operates on a commercial footing”.
Play attached audio for more