A former Environment Minister under former President John Dramani Mahama has revealed that, when he decided to close down gas and fuel stations without permits under his tenure, he came under pressure from within his own party and prominent people to stop.

The MP for Bawku Central speaking on Adom FM’s Morning Show “Dwaso Nsem” Tuesday said, many fuel and gas filling stations in the country don’t have permits to operate.

He was responding the gas explosion that occurred at Madina Zongo junction on Saturday and the measures that his office rolled out in curbing explosions when the NDC was in power.

Mr. Ayariga said he personally took steps to shutdown such facilities however, the pressure that came forced him to stall that process. ‘

”Many fuel and gas filling stations in the country don’t have permits. When I decided to close down gas and fuel filling stations without permits, I came under enormous pressure. Colleague politicians, chiefs, religious leaders, family members called me to intervene asking me to stop,’’ he said.

He added there would be enormous pressure when you decide to do the right thing, he stressed. He told the host that in Kumasi there was one fuel station he caused its closure however, they have managed to re-open after the NDC left office. 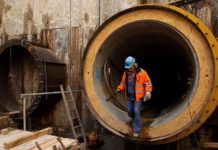