Black Stars captain Asamoah Gyan says he gets emotional anytime he hears the music of his friend Castro, who drowned in the Volta Lake at the Ada estuary whilst on holiday in July 2014.

Gyan took his friends [G-Unit] on holiday in Ada, during which Castro said to have been involved in a jet ski accident went missing.

There was controversy over the incident as some accused Gyan of using his friend for rituals.

In a televised interview on the Delay Show, three years after the incident, the host Deloris Frimpong Manso asked Gyan: “Do you feel responsible for Castro’s death?”

Don’t you think if he had not followed you, he would have been alive by now?

Yes but every year he was always with us, he is a member of the G-Unit, Gyan said.

When he was asked to comment on the perception that he was a ritualist, and that he sacrificed Castro to better himself, Gyan laughed.

When it was also put to him that there was the perception that he was the top ritualist among all footballers in Ghana, Gyan asked whether people were making that up because God had uplifted him as a top footballer.

He wanted to know if they people will make similar assertions about Messi and Christiano Ronaldo.

Did you kill Castro? “Never,” he said.

Recounting events surrounding Castro’s disappearance, Gyan said: That was the first time they went to Aqua Safari and that in the previous years, they went to Akosombo.

That particular year, the yacht at Akosombo was broken down so they decided to go to Ada.

Before going to Ada, they called to find out if they could get a bigger yacht because, their friends always organised to bring their lady friends so as to make the party fun, so they were told they could get two yachts at Ada.

Castro called me a week before I returned to Ghana and said he may not be able to go with us since a friend of his was bereaved, and he had to attend the funeral in Kumasi.

A day before we went to Ada, he [Castro] came to my house and said he was on his way to Kumasi and would not join us.

But whilst we were on our way to Ada, on the Accra-Tema motorway, we received a phone call that “Under” [Castro] wants us to wait for him.

We parked at a fuel filling station where a crowd gathered to catch a glimpse of me. I later got the inclination it was destined to happen because he was initially not part of the trip.

When we got to Ada, everything went fine. We were to spend three days.

We started using the Jet Ski on the second day. 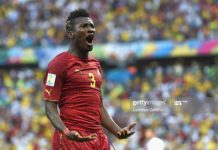 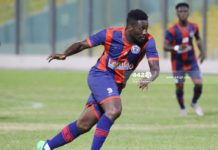 What next for Asamoah Gyan after leaving Legon Cities? 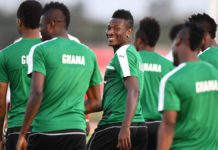 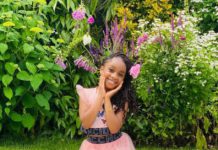