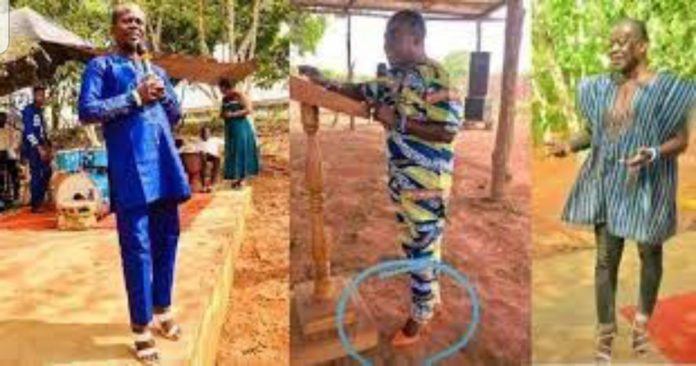 A pastor, who was the center of many news headlines for rocking high heels, has responded to the controversies.

The Togolese pastor, who was mocked for his dressing, indicated that his heels are not for fashion or to cause a stir.

Rather, he explained that God instructed him to do so after years of praying for a cure for unbearable body aches.

Iharare reports that in an interview, the pastor said he used to wear men’s shoes, but that increased the pain he was experiencing.

He is quoted to have said:

“I wore men’s shoes…but I suffered from it. I have long suffered from illnesses such as body aches and other ailments that numerous medical consultations could not cure.

“In my prayers, God himself revealed himself to me and advised me to wear these shoes that you see…since then I’ve been running it 24/7, my pain is gone.

“I don’t wear women’s clothes like people have said on social media but I wear all kinds of shoes, according to the calling I received.”