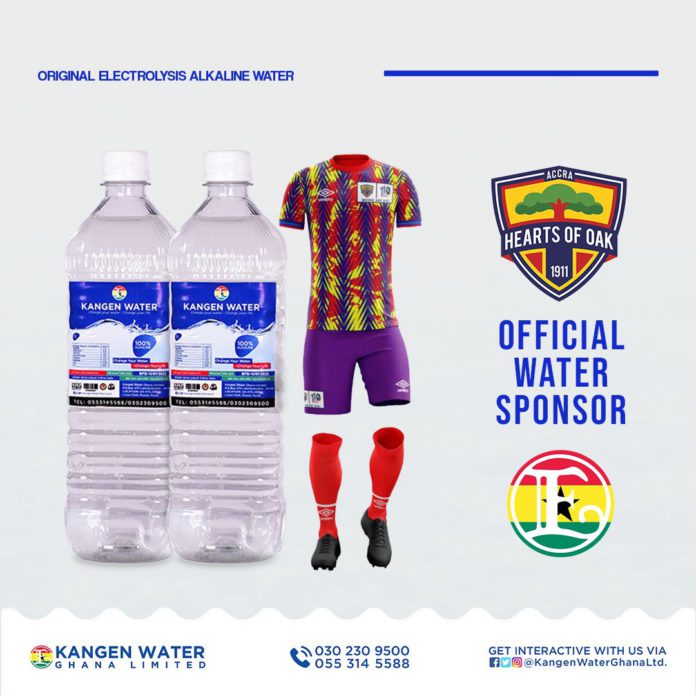 This partnership comes after the club announced the signing of former AC Milan midfielder, Sulley Muntari on Tuesday, 1 February.

“Proud to acknowledge KANGEN WATER as the Clubs Official Water Partner for the duration of this agreement,” the club took to social media to announce their first partnership deal for the season.

Hearts Of Oak will be going into matchday 15 of the Premiere League derby clash against Great Olympics on Sunday.