The Deputy Minister of Sanitation has indicated the need to treat hand washing as an essential practice that has the potential of protecting people from hygiene related diseases in Ghana.

Mr. Michael Yaw Gyato says, “I wish to reiterate that hand washing is simple and inexpensive and also highly effective in protecting us from communicable diseases.”

He said this on Monday during the presentation of some hand washing items to Ashaiman Cluster of Schools by Football four Water, Sanitation and Hygiene (F4WASH) and other sponsors, and the demonstration of proper hand washing methods as part of the commemoration of the Global Hand washing day.

READ: ‘Banking sector not in crisis, it’s an exaggeration’ – Governor

He said, “Hand washing is an important part of hygienic practice that ensures total wellbeing. The contamination of food items with faecal matter can easily occur if you do not have the habit of automatic hand washing with soap and water.”

He observed that improper hand washing could lead to wide ranges of illnesses including cholera adding that, poor hygiene was also linked to severe acute mal-nutrition.

He said food borne diseases were major causes of death in children particularly under five years.

“Up to seventy per cent of diarrhoea may be associated with poor food handling. The negative effect of under nutrition due to poor food hygiene during the first thousand days of physical growth, immune system and brain development may be irreversible,” he said.

He informed that hygiene promotion activities had improved hygiene behaviour and reduced contamination of food, however he observed that most people downplayed the role hygiene played in reducing the incident of diseases and that had brought untold hardship to a total number of people.

He said there would be sensitization programmes at hospitals, schools, market places across the country to reinforce the practice of hand washing with soap, and it was expected to bring to the fore the need to practice hand washing at critical times.

“Our hands are principal carriers of diseases causing pathogens from person to person or indirectly through surfaces. Hand washing with soap helps to remove genes from our hands and help prevent transmission of respiratory infections and diarrhoea including cholera,” he indicated.

Mr. Gyato said, it was time for Ghanaians to put sanitation and hygiene into the proper perspective because sanitation gave dignity to the person and good hygiene behaviour promoted health.

He added that, “Promotion of health is one of the important steps towards development and quality of life; the power to save the lives of the millions of Ghanaians is in our hands.”

He asked the people of Ashaiman to buy into the idea of sanitation as they strived to give a new image to the municipality through development and proper hygienic practices.

They presented 30 items for hand washing to the Ashaiman cluster of schools with the intent of presenting 100 more to clusters of schools in Malam, Gbawe and Tamale. 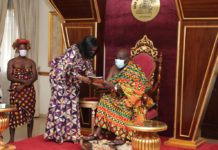 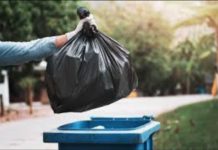