A ‘fantasist’ financier’s wife tried to destroy a gynaecologist’s career with claims of sexual impropriety after he rebuffed her advances.

The mother of three had claimed married consultant obstetrician Dr Tony Boret had kissed her and then put his hand up her top during a meeting at his surgery. She also alleged he suggested they book into a hotel for sex.

But the doctor was cleared of any wrongdoing after a Medical Practitioners Tribunal Service heard the woman was the one doing the pursuing.

In one email she sent to Dr Boret, the woman said: ‘I only ever wanted some excitement and a bit of passion. Would not have grown attached or fallen for you.

‘It would have been a bit of fun for both of us. Your career and family life is safe and always will be.’

A second message, sent seven days later, read: ‘I don’t want to hurt you or start making a complaint – I am not a silly little girl that just because nothing can happen with us that I would seek to gain some revenge all it would do is destroy you and me and our families.’

The woman then wrote to him saying: ‘I want to apologise to you, I am terribly embarrassed about coming onto you. I made it all up I realise it was a very serious allegation to make and I am so so sorry. I hope that in time you will forgive me.’

Inquiries revealed the woman also referred to Dr Boret as a ‘my husband in another life’ on Facebook whilst her husband – a financial director for a London-based FTSE company – had asked that the doctor not be reported to the General Medical Council.

She, like all patients involved in medical tribunals, was not named at the hearing. 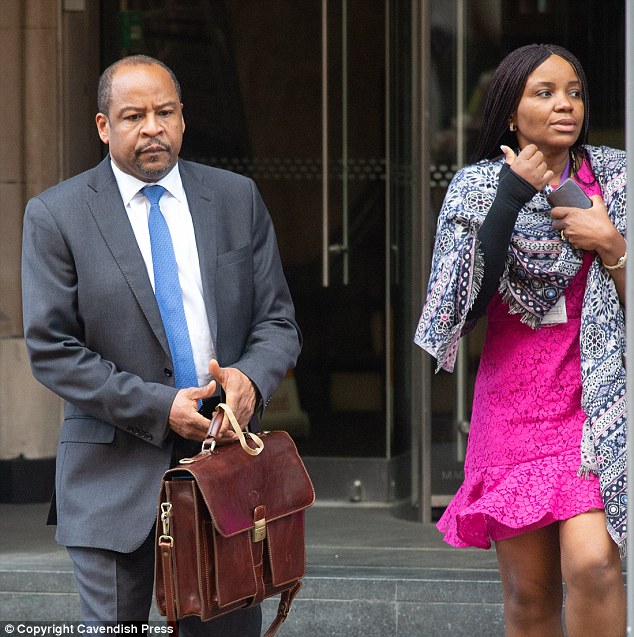 Dr Boret’s wife Martha has stood by him during his ordeal. He told the hearing he would never have been unfaithful to her

Dr Boret is a 53-year-old consultant obstetrician from Edgware, North London who has been practising medicine for 31 years.

He said the woman had either ‘fantasised’ her claims or lied, adding: ‘Why she said those things I do not know.’

He told the Manchester hearing: ‘I have never been unfaithful to my wife… [the patient] would frequently suggest that we went for coffee, but I would always decline.

‘I recall bumping into her twice at a cafe and she asked me to sit and have coffee with her – but I stopped going there as I did not want to socialise with a patient but equally did not want to offend her by continually refusing.’

He said that on one occasion, the woman, described by his lawyer as ‘highly strung’, had ‘French-kissed’ him ‘completely by surprise’ before he pushed her away.

Panel chairman Laura Paul said the woman was ‘evasive, irrational, unhelpful’ when giving evidence and ‘repeated phrases like a mantra’.

She said: ‘The Tribunal did not find the patient convincing – it did not find her to be a credible witness. There was a kiss however it was the patient who leant in and kissed Dr Boret who was taken by surprise and pushed her away.’