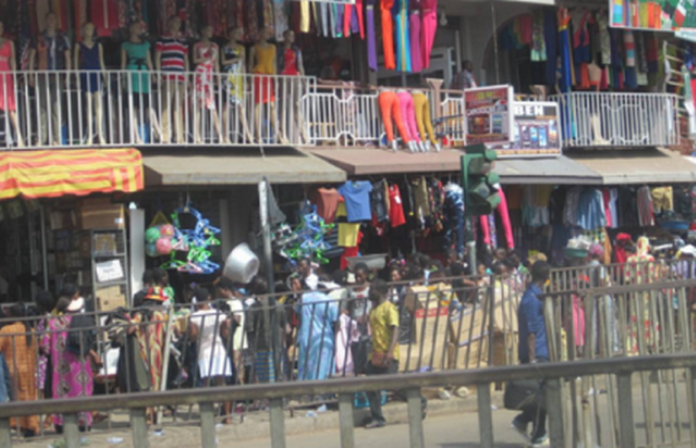 The Ghana Union of Traders Association has earmarked the month of May for the closure of retail shops owned by undocumented foreign retailers.

Speaking to Charles Ayitey on the Market Place, President of GUTA, Dr. Joseph Obeng revealed that the exercise will encompass retail markets at Kumasi, Accra, Takoradi and the Central Region.

“The taskforce meant to close the shops has not been active for a while. We shall resume somewhere in May 2021. This time around, we are targeting some major spots in Kumasi, Accra, Takoradi and others. It’s all about the law,” he maintained.

Figures from the Trade Ministry and GUTA show that close to 200 retail shops of undocumented foreign retailers are under lock across Accra and Kumasi.

“Out of these 200 shops none has proven to have the right documents to operate. It gives us more reason to keep them closed,” he added.

So far, Chief Nkem Tony Onyeagolu (former President for All Nigerians Community- Ashanti Region) has appealed to the President of Ghana to issue a directive for the re-opening of shops owned by Nigerian traders.

Since the closure of their retail shops i.e those owned by Igbos trading in Ghana by the local authorities, things according to him have gotten worse for them.

He explained that majority of Igbo traders victimized by the move are hard pressed financially, highly indebted and have not been able to pay off loans they took from financial institutions to run their business.

The closure of these shops was done by the Trade Ministry with support from GUTA.

Meanwhile, the Ashanti Regional Branch of GUTA has in a press release described the petition as “unfortunate, palpable falsehood and an insult to the president and the good people of the country”.

“We see the lamentations of our brothers and sisters as their usual intimidating and blackmailing rhetoric just to call attention to themselves and win an undeserved sympathy both at home and abroad”.

“We are by this release calling on the Presidential Committee on Foreigners in Retail Trade to wake up from their slumber and embark on the promised second and subsequent phases of the exercise as soon as possible to avert the collapse of our business and a possible public outburst especially in this COVID period when most of our businesses are folding up,” excerpts of the statement read.