The Ministry of Food and Agriculture (MoFA) has assured Zoomlion Ghana Limited of the government’s support to ensure they produce quality organic fertiliser on a large scale to help bridge the gap of the shortage of inorganic fertilisers in the country.

According to the Sector Minister, Dr. Owusu Afriyie Akoto, Zoomlion, with its recycling and compost plants, dotted across the country, has the capacity to produce organic fertiliser on a large scale to feed “our farmers.”

The Minister gave the assurance while addressing journalists after touring the Accra Compost and Recycling Plant (ACARP), a facility owned by Zoomlion, at Adjen Kotoku in the Greater Accra Region on Wednesday, June 1, 2022.

He was accompanied by some senior officers of the Ministry.

The two-hour tour afforded the Minister and his team the chance to learn first hand about the operations of ACARP in general, but with particular interest to its organic fertiliser production.

Visiting the plant for the first time, the agriculture minister was highly impressed, especially with ACARP’s organic fertiliser production process , adding that “I am confident Zoomlion with this capacity will be able to help bridge the fertiliser shortage in the country.”

He said the shortage of inorganic fertiliser on the market was a global issue, attributing it to Covid and the ongoing war between Russia and Ukraine.

Against this backdrop, Dr. Akoto stressed that government was determined that agriculture in the country was not disrupted by happenings globally.

“We are determined to ensure that our farmers get all the the supplies that they need so that they are not affected by the global crisis of inorganic fertiliser shortage,” he insisted.

According to him, the government was lifting the quota on supplies of local organic fertiliser producers.

This move, he explained, will allow local producers to produce more to meet the country’s fertiliser demand of 600,000 metric tonnes.

He reiterated his appeal to the other local producers of organic fertiliser to encourage their foreign partners to come and set up plants in the country to boost production and create employment.

In a brief address, the Executive Chairman, Dr. Joseph Siaw Agyepong, disclosed that by the end of the year, his 20 Integrated Recycling and Compost Plants (IRECoPs) all together will produce 150,000 metric tonnes of compost annually.

He stated that a team of experts was in place to enhance the quality of the compost by his companies to inure to the benefit of farmers.

“We have also dedicated some funds for research work to make sure that the quality of our compost is not compromised,” he noted.

While commending the minister for the visit, he appealed for more of such engagements.

“Such visits by you, Honourable Minister, spur us on as entrepreneurs to continue to come out with more innovations and give our best for the country,”‘ he said.

He explained that this was in view of the fact that the ongoing construction of 16 IRECoPs across the country will be completed by the end of the year.

For his part, the Managing Director of ACARP, Michael Padi-Tuwor, disclosed that his outfit currently supplies organic fertilisers to farmers across all the 16 regions of the country. 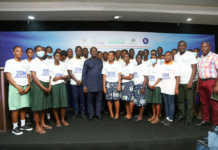 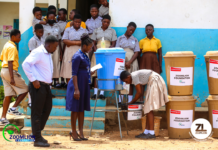 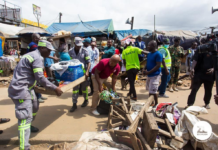 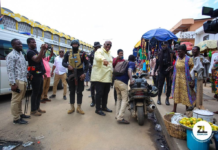 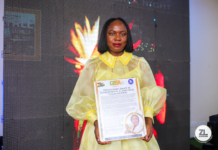 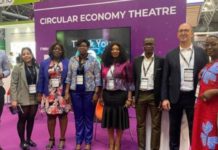