Google has confirmed it has closed its internet drone project Titan, three years after it bought the business.

The drones were designed to bring the internet to remote rural areas, complementing its Loon project – a similar initiative using hot air balloons.

However, the solar-powered vehicles have faced technical difficulties and funding challenges.

On Wednesday, blog 9to5 Google revealed Titan had actually shut in early 2016.

A statement from X, the Google division responsible for Titan, confirmed the news.

“Titan was brought into X in late 2015. We ended our exploration of high altitude unmanned aerial vehicles for internet access shortly after,” it said.

“By comparison, at this stage the economics and technical feasibility of Project Loon present a much more promising way to connect rural and remote parts of the world.”

Google acquired Titan Aerospace in 2014, reportedly fending off a bid from Facebook, which has also been trialling internet-providing drones. 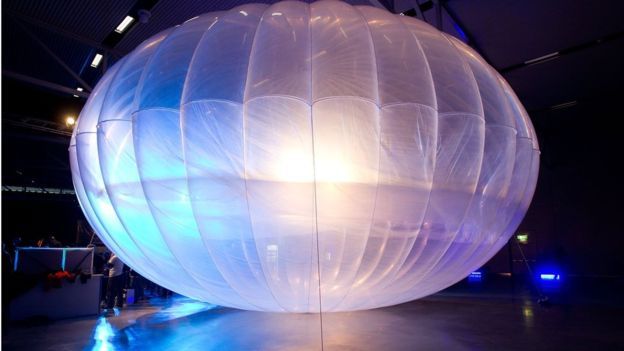 Google said it was focusing on Project Loon, another project to bring the internet to remote areas using hot air balloons

At the time Google said it was “early days”, but that “atmospheric satellites could help bring internet access to millions of people, and help solve other problems, including disaster relief and environmental damage like deforestation”.

However, after test flights began in 2015, reports alleged that Titan was facing technical difficulties and was running out of money.

In mid-2015, the Titan team also experienced a crash in the Arizona desert which was later linked to a wing fault.

The statement added that “many” Titan staff had been reassigned to different parts of the business, including Project Loon and Wing, a division dedicated to providing drone-based deliveries.

The firm’s Aquila drone crashed during a test flight in June, prompting an investigation by the National Transportation Safety Board, and an explosion destroyed one of its satellites earlier in 2016.