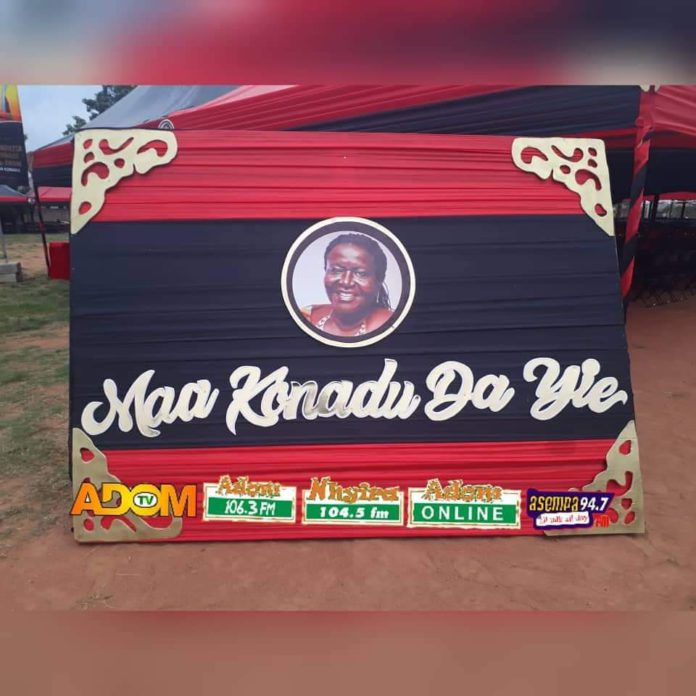 President of the Ghana Journalists Association (GJA), Affail Money has disclosed that the Association, as part of paying its tribute and honouring the work of Peace FM’s Henrietta Okyere Twum, will name an award category after her.

Mr Monney disclosed this in an interview with Adom News during the funeral of Maa Afia Konadu as she was popularly known in media circles on Saturday, July 20, 2019 at the Victory Congregation of the Presbyterian Church of Ghana, Adentan, frafraha.

“We are excited God gave Maa Afia Konadu as a gift to the Ghana Journalism fraternity and even though we are mourning her demise, we thank God for her life because she brought glory to journalism in Ghana with her works,” he said.

“As part of the GJA’s 70th anniversary celebration, we will name one of the award categories after her to honour her contribution to journalism,” he added.

To Mr Monney, Maame AFia Konadu, former host of Peace FM’s ‘Asomdwe Nka No’ and Wo Haw Ne Sen’ died on May 2, 2019, while undergoing medical treatment in the United States.