Adomonline.com
Home Sports Football We have to give other players the chance to shine -Ibrahim Tanko
Facebook
WhatsApp
Twitter
Telegram
Email
Pinterest
Print
Deputy Black Stars coach, Ibrahim Tanko has stated that head coach Kwasi Appiah, has done nothing wrong  giving new players the opportunity to showcase their talents.
According to the Ghanaian-German retired footballer, every  Ghanaian player who is doing well at club level deserves the chance to be called to the  senior national team.
However, the assistant manager opined that just few players can be called at a particular time.
“There are other players the coach want to see and we have done nothing wrong by not inviting certain players. We the technical team want to assess some other players”.
“This is our last game so we have decided to try others so that by next year we can blend the old and the new together to get a formidable team”.
“Every match is equally important although we cannot qualify, we are taking the Egypt game very serious. I don’t think it is right for people to say we should have used the Black Stars B team only”.
The Black Stars will host Egypt in the last game of the 2018 World Cup  qualifier on 12th November,2017 at the Cape Coast Sports Stadium. 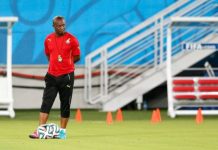 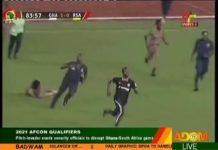 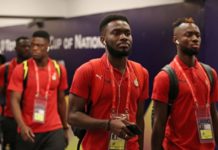 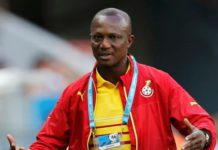 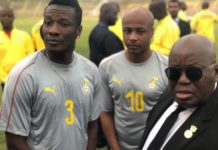