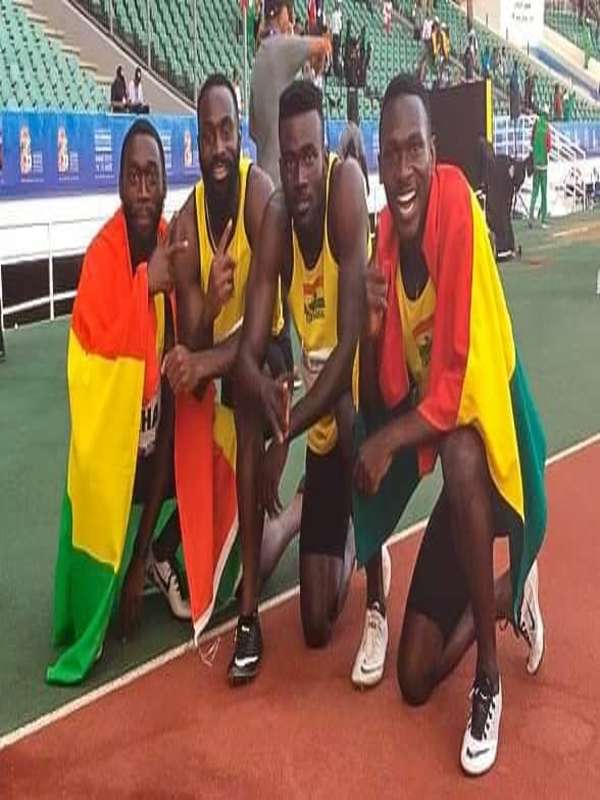 Ghana’s 4x100m men’s relay team has secured qualification to the Tokyo 2020 Olympic Games. The team finished second in Heat 1 at the 2021 World Relay championships currently underway in Poland to grab the automatic ticket.

The team, comprising Sean Safo-Antwi, the new national 100m record holder Benjamin Azamati, Joseph Manu and Joseph Paul Amoah, crossed the finish line in 38.79s, the same time as first placed Holland, who eventually were declared winners, after officials concluded, were ahead by 8,000th of a second.

It’ll be the first time since 2004 that Ghana’s 4×100 men’s relay team has qualified to the Olympic Games.

The qualification means Ghana will be well represented at this summer’s Olympic Games scheduled to take place in Tokyo in July this year.

Azamati and Paul have also secured qualification ticket for the sprints after impressive performances for their respective universities.

Despite running a season’s best of 44.85s, Ghana’s female 4x100m team failed to grab a ticket for the Olympic Games after they finished 3rd in their heat.