Mariano Barreto has made a passionate appeal to referees to protect skilful players in the ongoing Ghana Premier League.

The Portuguese comments come after his side’s 2-0 victory over Berekum Chelsea at the Len Clay Stadium in Obuasi in Week 19 of the league on Sunday.

The Porcupine Warriors won the tie through goals from Francis Kumi and Godfred Asiamah to send them top of the league table.

However, Barreto’s attentions were more focused on the performances of the centre referee, Kenny Padi, and his two assistants, Tijani Mohammed and Frederick Danful.

The Kotoko coach said referees in the league had to do better to ensure the safety of the league’s creative players.

“We saw that the referee gave Berekum Chelsea a penalty but I will not contest that. We do not have the Video Assistant Referee (VAR) here and so, it was the referee’s decision but our opponents did not score,” he said.

“For me, the most surprising thing was that we had two penalties but they were not awarded to us. I have two players injured but the work of the referee is not only to whistle for infringements. He has to protect the players.

“I have a national team player (Ibrahim Imoro) injured and I cannot tell for how long he will be out. There are some kind of fouls that are not accepted either in Ghana, Burkina Faso, New Zealand or in Australia.

“Ghana has a lot of skillful players and the referees have to protect them. Aggressive football is one thing but damaging players is another and people need to understand that.”

Barreto revealed that he had 7 players out of his squad due to serious injuries but he and the rest of the team would focus on preparing for their next league match against Great Olympics who are a point behind on the league log.

Fabio Gama meanwhile is expected to sit of the game against Olympics due to accumulated cards.

The Porcupine Warriors currently sit on top of the league log with 34 points. 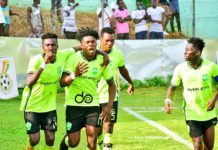 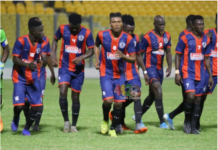 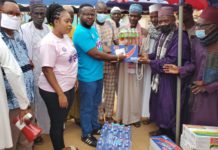 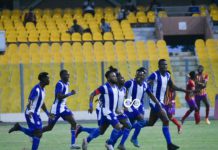 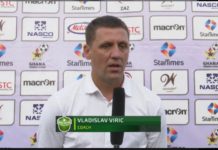 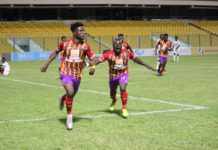