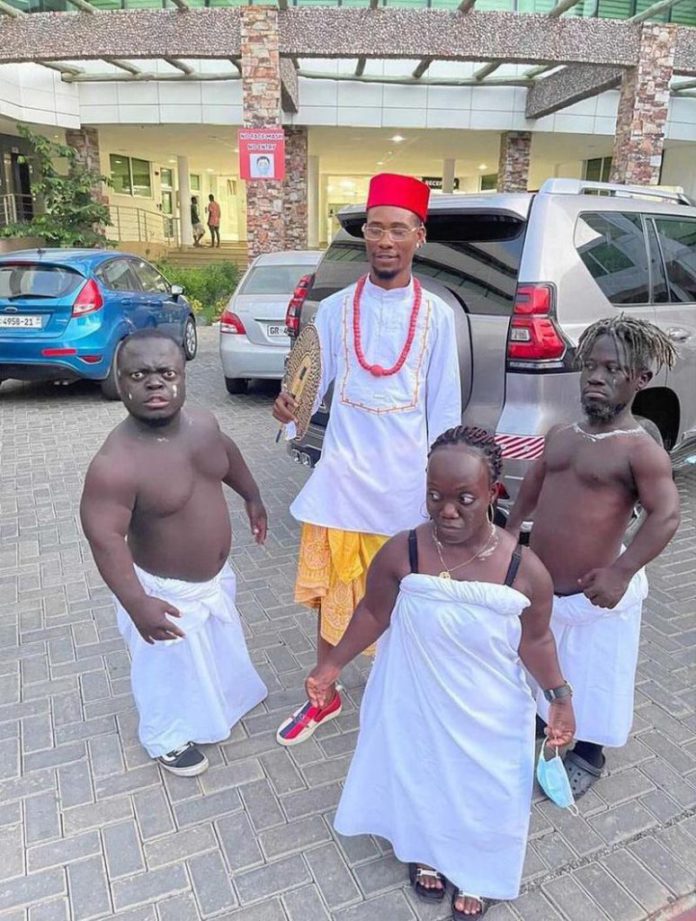 A Ghanaian man, identified simply as Riche, stole a show at a Nigerian wedding when he showed up with an entourage of petite beings.

Richie, who was a guest at a Nigerian-themed wedding, attracted all the stares as he walks into the auditorium with his three assistants.

He tagged them as his ancestors who were keeping him company as well as protecting him.

The aides, two men and a woman, all clad in just white wrapper and sneakers, could be seen standing behind him, unconcerned about the many eyes on them.

In a video Richie posted, the petite beings could be seen fanning him while he made videos of the moment.

Netizens have described him as the Ghanaian PrettyMikeofLagos, who is also known for causing a stir at events.

In a few cases, he attended a wedding with six heavily pregnant baby mamas, and in another case, he was escorted by the same women carrying their babies in a stroller.