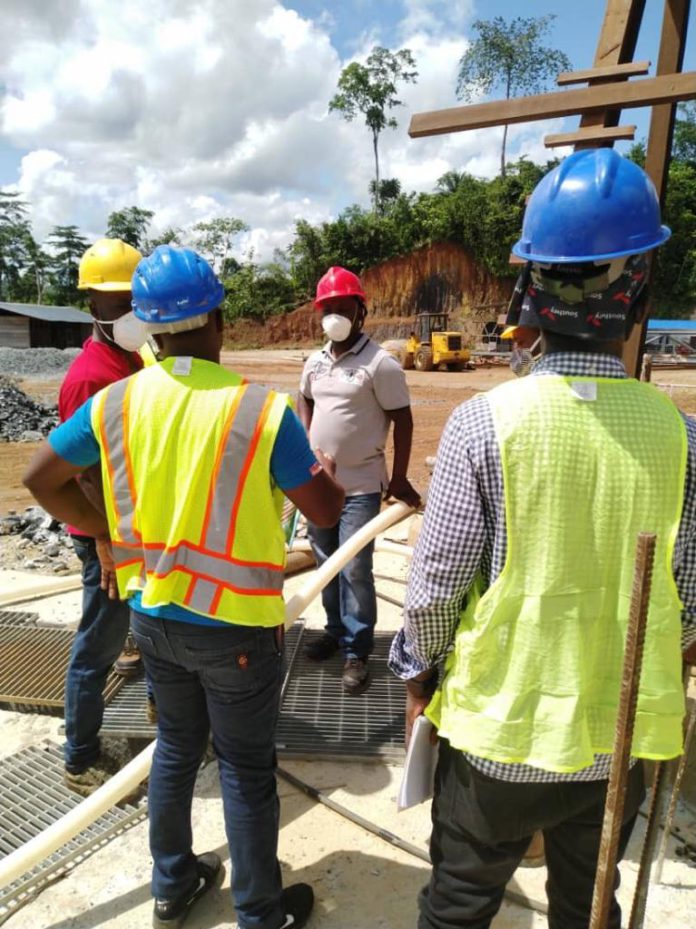 Takoradi Gold Ghana Limited (TGGL), a Ghanaian owned large-scale mining company, has secured parliamentary ratification for its 15 years mining lease in respect of its mining site at Nsuta-Kutukrom, in the Prestea-Huni Valley and the Nzema East municipalities of the Western Region. This means the company has fulfilled every requirement of the law in terms of mining exploitation in Ghana.

The mining lease, according to a letter from the Parliamentary Service, was approved by Parliament at its 13th sitting of the Third Meeting held on Tuesday, December 22, 2020.

“Parliament at the 13th Sitting of the Third Meeting held on Tuesday, 22nd December 2020 approved by resolution, the Mining Lease Agreement between the Government of the Republic of Ghana represented by the Ministry of Lands and Natural Resources) and Takoradi Gold Ghana Limited in respect of the Nsuta-Kutukrom Lease Area,” the letter stated.

The Company was granted 15 years mining Lease by the Ministry of Lands and Natural Resources last year, making it one of the few Ghanaian owned mining companies in Ghana engaged in large-scale gold exploitation in the country.

However, per the laws of Ghana, specifically Article 268 (1) of the Constitution, any transaction, contract or undertaking involving the grant or a right of concession by or on behalf of any person or body of persons howsoever described, for the exploitation of any mineral, water of other natural resources of Ghana made or entered after the coming into force of the Constitution is made subject to ratification by Parliament. This is why the 15 years Mining Lease Agreement involving Takoradi Gold Ghana Limited and the Government of Ghana was laid before Parliament last year.

“In pursuance of the said Article 268 (1) of the Constitution, the Government of Ghana has caused to be laid before Parliament through the Minister responsible for Lands and Natural Resources the Mining Lease Agreement between the Government of the Republic of Ghana (represented by the Ministry of Lands and Natural Resources) and Takoradi Gold Ghana Limited in respect of the Nsuta-Kutukrom Lease Area,” the letter from the Parliamentary Service noted.

According to the Lease Letter from the Ministry of Lands and Natural Resources, once the Company, TGGL warranted that it had the wherewithal in terms of finance, technical, and human resources to undertake efficient mining operations, and had declared its willingness to engage in mining in Ghana, the Government of Ghana could not, but grant the rights to mine in the specified area to it, and maybe renewed periodically in accordance with the law.

“The Government hereby grants to the Company mining rights to ALL that piece of land described in the schedule hereto and more particularly delineated on the map attached (hereinafter called ‘The lease Area’) for a term of FIFTEEN (15) YEARS from the date of this mining lease. The term may be renewed from time to time in accordance with the Minerals and Mining Act, 2006 (Act 703),” the letter stated.

The mining lease, which is in respect of a 13.85 square kilometers concession in Kutukrom, dated the 13th day of January 2020, signifies the beginning of the development of an underground mine in the Kutukrom area of Prestea in the Prestea Huni-Valley Municipality, Western Region. The concession is made of three distinct blocks namely: Tintinnah Block (5.35 sq. km); Bonzer Block (4.40 sq. km) and Kutukrom Block (4.18 sq. km).

In an exclusive interview with Skyy News, the Chief Executive Officer of Takoradi Gold Ghana Limited (TGGL), David Anthony Nicol-Sey, who is an indigene of the Western Region hailing from the Royal Family of Aketenchie, Ahanta West, and the Bamianko Royal family in the Nzema East Municipality, revealed that their operations will yield about five hundred and thirty-five million dollars ($535 million) in corporate taxes to the State, over a period of 10 years. Additionally, he mentioned that his company will, over the same period, pay in total of about thirty-nine million dollars in mineral royalties.

He stated that their expectation as a company is to meet government’s expectation of them in terms of bringing development to the Kutukrom area through their mining activities.

“Our expectation is to exploit the defined gold resource that we have identified – which is over 600, 000 ounces, based on our feasibility report. This is in addition to the development that will bring to the area because of the mining that is being brought there.

“More so, I’m from the Western Region, and I’m delighted to be bringing this to the Region I hail from, which will see us contributing directly, and enormously towards the development of the economy of my home region,” he stated in a delightful tone.