Previously Ghana’s capital city, Cape-Coast was once the center of all business in Ghana. From colonial days through slave trade to present day, this indigenous city prides itself as Ghana’s number one tourism hub. With several tourist sites, monuments and history, one cannot visit Ghana without visiting Cape Coast. It was the European colonial capital with many Europeans like the Portuguese, Danes and British ,  This historic city,named ”Cabo Corso” by the Portuguese, once served as the largest slave-trading centre in West Africa. The slave trade brought together slaves from all over Africa including slaves from far away Niger and Burkina Faso. Currently, the city is a pale shadow of what it used to be. A fishing community of barely any indigenous descendant. Many of whom may have travelled outside the shores of the country or to other cities for work or school. The few who remain may have lost touch with tradition and culture. The main occupation of the people here is fishing with a few owning small farms to support their livelihood. The City however boasts some of Ghana’s top tourist destinations as well as high profile secondary and tertiary institutions. Hotels and other recreational centres have been constructed over the years to support tourism in this great city. Jumia Travel, Africa’s leading online travel agents takes a look at some of the highlights of Tourism in Cape Coast.

Many of the tourist attractions found here have been identified as World Heritage Monuments by the World heritage Foundation under UNESCO. Anytime a tourist plans a visit to Ghana, top of their wishlist is often Cape Coast. This may be due to what they have read online,seen in videos or heard from friends. Cape Coast is a very popular tour destination and many just travel to Ghana to experience this great city. Tourist sites such as the Kakum National Park with it’s adventurous canopy walkway, the umbrella rock. It’s virgin rainforest has been preserved as a habitat for birds, butterflies and rare local animals. It is also very close to many towns and cities nearby making it very accessible. A few kilometres from Kakum is the Cape Coast castle which holds huge significance in Ghanaian folklore and history. Here the Portuguese and many other colonial masters settled and traded for a very long time. The Castle  bears several stories both sad and emotional. A visit to this caste often brings dark memories of how humans were maltreated and treated unfairly. It shows many great rulers of old. ‘’The door of no return’’. How does that sound? Scary? Yes! Right there i the castle is this door which signified the final point of exit for slaves who were sold to their slave masters to be sent overseas for various menial jobs. Apart from these highly important ones are several places of interest in Cape Coast. What about visiting Fort William,Fort Amsterdam and Fort Victoria? There is also the Cape Coast Centre for National Culture, the kotokuraba market and several recreational centres to visit.

Many perceive this city to be very dull as is the nature of the people who live here, the Fante’s. On the contrary, these amazing group of Ghanaians are the most humorous and they have great respect for heritage and tradition. People of Cape Coast love their festivals with a great amount of  dance and traditional music marking these celebrations. Some of the top festivals in this city include the biennial Panafest theatre festival , the ‘’Aboakyir’’ (Deer hunting) and the ‘’Oguaaa Fetu Afahye’’ (harvest festival). The people of Cape Coast are also very religious and this is often attributed to the fact that the early churches in Ghana were mostly found here established by the foreigners who came to settle instilling a level of discipline and religiousness into the people. There is hardly any coastal city in Ghana without a great beach and Cape Coast is no exception. A great view of the Atlantic ocean awaits you anytime you go up any of the ancient congested town buildings. Many investors have established beautiful beach resorts along the coast and several others have build recreational centres here providing great entertainment for both locals and tourists. Fishing being the main occupation of the great people in Cape Coast is an activity that many tourists love to try out. The joy of catching a tiny little fish in the ocean is just unimaginable for many tourists. Usually during the sunny seasons, a walk at the beach or some time reading close to the shore is something many tourists will spend a lot just to experience. One other thing that Cape Coast is popular for is it’s education. The foreigners who once ruled over this city took education very seriously and it is no wonder that several decades after colonialism, the city still boasts of some of the best schools in the country. Talk about schools such as Aggrey Memorial School,Mfantsipim and Mfantsipim, Adisadel College, St. Augustine’s College, Wesley girls High School, Holy Child School among many others. The University of Cape Coast stands tall among several universities in Ghana as well.

There is more to actually experience in Cape Coast but you may have to be there to experience it. Words alone may not be enough. What are you waiting for? Jump on the next plane or bus to Ghana and see the magic of this great tourism hub. 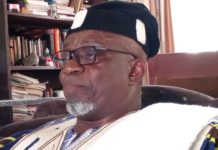 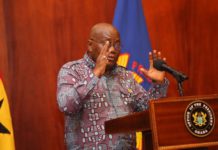 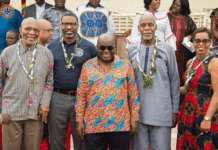 Prez speaks about ‘Year of Return’ and implications for tourism