President Donald Trump has been called many things ever since he announced his candidacy for President of the United States, and according to one California woman, you can add one more thing to the list – homewrecker.

She claims to have left her husband after feeling betrayed by his decision to support Trump during the Presidential elections.

73-year-old Gayle McCormick, a retired prison guard from California who describes herself as a “Democrat leaning toward socialist”, says that she always knew that her husband of 22 years leaned right politically, but she still felt “betrayed” when he casually mentioned that he was going to vote for Donald Trump, during lunch with some friends.

She recently described the revelation as a “deal breaker” that made her re-evaluate her marriage after over two decades. It turns out that the man’s support for Donald Trump was more than she could put up with, so she left him.

“It totally undid me that he could vote for Trump,” McCormick said. “I felt like I had been fooling myself, It opened up areas between us I had not faced before. I realized how far I had gone in my life to accept things I would have never accepted when I was younger.” 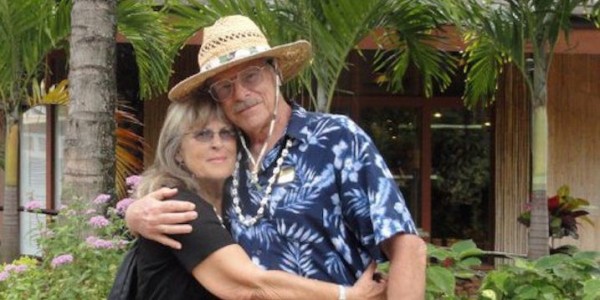 The Independent reports that neither Gayle nor her husband ended up voting for Clinton or Trump in November. It’s unclear whether it was the differences with his wife that prompted the husband to write in former House of Representatives Speaker Newt Gingrich in the November elections, instead of Trump, but that didn’t fix his marital issues.

McCormick, who cast a write-in vote for Democratic U.S. Senator Bernie Sanders of Vermont, eventually moved out of her home and into her own place in Bellingham, Washington.

It’s not as bad as it sounds though. Gayle revealed that even though she couldn’t live with her husband anymore, they don’t plan on getting a divorce, because “we’re too old for that”, and will continue vacationing together.

She just got tired of their arguments over their different political views. “It really came down to the fact I needed to not be in a position where I had to argue my point of view 24/7. I didn’t want to spend the rest of my life doing that,” the 73-year-old woman told Reuters.

The husband, who has not been named, was contacted by the New York Daily News, but did not wish to comment. All he said was “Well I’ll be damned! I’m not gonna talk to you about it, so you have a Merry Christmas when it gets here.”