Former opposition National Democratic Congress (NDC) Member of Parliament for Ningo Prampram, E.T Mensah who joined the race to be elected as the Greater Accra representative of the Council of State has pulled out.

A letter signed by the former Accra Mayor  said “I wish to inform you of my decision to withdraw from the Council of State elections for the Greater Accra region. My reason for withdrawing from the race is personal”.

The NDC kingpin came under deluge of criticism from key members of the umbrella family over the decision to contest for the council of state membership under the Akufo-Addo government.

In defense, he had argued that the move is to prove that he has the capacity to work with anyone regardless of party differences.

Meanwhile, the regional elections for membership of the council will take place today Thursday, February 16,2017 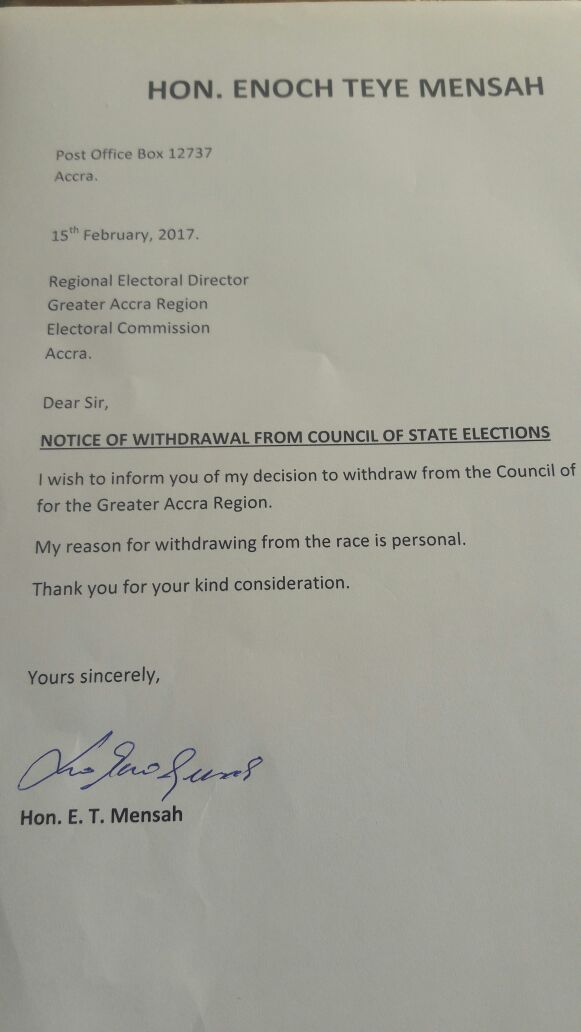