Renowned Ghanaian highlife artist, Kwabena Kwabena is proposing only young players should be called to the senior national team, Black Stars.
In his view, the current crop of players are too old to win any tournament for Ghana.

Kwabena Kwabena disclosed this in an interview on Asempa FM’s Ladies Time Show over the weekend.
He suggested that, Black Stars coach, Kwesi Appiah select young, talented, and energetic players with the right age to help build a competitive team ahead of the 2019 African Cup of Nations. 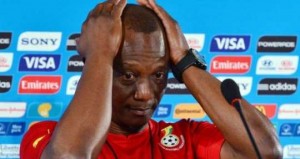 “Most footballers reach their peak at the age of 25 years, so going forward  if we want to remain competitive, we have to recruit talented  players with the right kind of age  to boost the squad” he added.
The highlife legend indicated that, “in everything there is a peak and when a team reaches its peak it has to be rebuilt to regain its strength”.
Meanwhile, coach Kwesi Appiah is trying to build a new team following Ghana’s inability to make it to next year’s Mundial in Russia.
Egypt who defeated Congo 2:1 in Alexandria in Cairo shut the Black Stars chance of making it to a four straight world cup appearance. 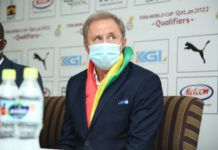