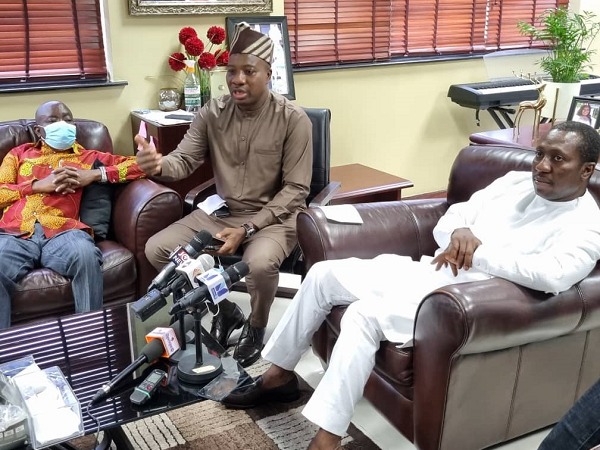 Ghana will host the maiden delocalised committee meeting of the Economic Community of West African States (ECOWAS) Parliament at Winneba, Central Region, from July 27 to July 31, 2021.

The meeting will bring together 30 Members of Parliament (MPs) from three committees of the ECOWAS Parliament, namely Legal Affairs and Human Rights, Telecommunications and Information Technology and Political Affairs, Peace, Security and African Peer Review Mechanisms.

The participants from 15 countries will deliberate on how to foster uniformity and proper regulations in the application and use of telecommunications and information technology in the sub-region.

With this arrangement, it will mean that instead of the committee meetings being held in Abuja, the seat of the ECOWAS Parliament, it will now be rotated among member countries, for which Ghana is hosting the first.

The meeting forms part of efforts by the Abuja-based regional bloc to encourage member countries to host localised meetings of its various committees in order to reach out to the community’s citizens in West Africa.

Ghana’s Speaker of Parliament, Alban Sumana Kingsford Bagbin, will today join the Speaker of the ECOWAS Parliament, Mohammed Tunis, to officially open and address the ceremony, which will be held on the theme: ‘Telecommunication and information technology and its Impacts on security and human rights in the sub-region.’

The ceremony comes ahead of the Extraordinary Session of the ECOWAS in Ghana in September, this year.

“And we are ready to make this meeting a memorable one,” he said.

He said adequate security arrangements had been put in place to ensure the safety of all the delegates.

“The police have done what they have to do in terms of security and they have promised their commitment to security within the period,” he said.

The spokesperson for Ghana’s delegation to the meeting, Mahama Ayariga, highlighted the major role telecommunication and information technology were playing in the socio-economic development across the sub-region.

He noted that there had been an explosion in terms of the reach of telecommunication and an expansion of infrastructure across the region, with almost every nook and cranny mostly networked now.

Beyond that, he said, almost every citizen in the sub-region now possessed a cell phone that allowed them to do many things using telecommunication infrastructure and new information technology platforms.

“If you just take as an example mobile money platform and how it has revolutionised the financial sector within such a very short period of time, that amazes all of us but that is how far we have come as a sub-region,” he said.

He said politically, social media had become a major platform for political expression by citizens as well as a major organising tool for political actors and social organisation across the sub-region.

“And we also know the extent to which we are all using all forms of technologies in our elections, both in voter registration, in campaigns and in election itself we see that telecommunication and information technology are indeed playing a major role in our lives,” he said.

He, therefore, said the meeting would allow the three committees to consider how member states could develop some level of convergence in terms of regulations and the institutions that had been created by various countries to deal with opportunities and challenges those technologies provided.