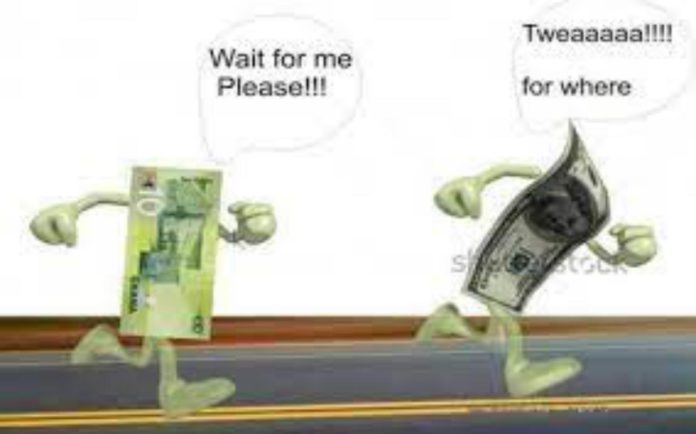 A chartered banker has discounted reports that the Ghana cedi is now the worst-performing currency in Africa.

Eric Nii Boi Quartey said it is rather the dollar, used as a major trading currency in the world, which is appreciating against the local currency.

His comment follows a Bloomberg report which claims the cedi has overtaken the Zambian Kwacha as the worst-performing currency in Africa.

It explained that both Ghana and Zambia have challenges in addressing their escalating debts as well as struggling with revenue mobilisation and expenditure management.

This challenge, Bloomberg reported, has impacted negatively on the country’s exchange rate, interest rate and inflation.

But reacting to this on Adom FM’s morning show, Dwaso Nsem Tuesday, Mr Quartey said the report could not be accurate.

He said the economic challenges in Ghana and Zambia are mutually exclusive to compare both currencies.

The chartered banker blamed the depreciation of the cedi on non-compliance with banking regulations in Ghana.

He cited how people hoard dollars in their foreign exchange accounts for fear of losing their capital, to buttress his point.

When this happens, Mr. Quartey said it puts pressure on the currency, causing the depression.

He commended the government and fiscal managers of the economy for its handling of the currency in the wake of the COVID-19 pandemic.

An Associate Professor at the Economics Department of the University of Ghana, Professor Ebo Turkson lauded the government for its handling of the economy.

“Government has not failed in the management of the cedi; the depreciation is due to the unnecessary pressure on the cedi coming from the demand side,” he added.

Prof Turkson is confident the cedi will appreciation in the coming months but charged the Bank of Ghana to continue with its interventions.