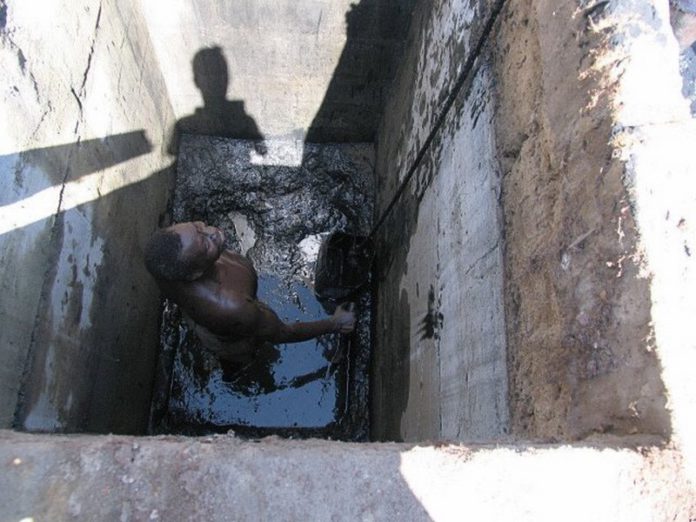 Up to 90% of Tanzania’s biggest city is not connected to the sewage system, a joint report released on World Toilet Day has found.

It says Dar es Salaam’s four million residents largely rely on the services of a band of illegal workers known as “frogmen” to deal with human waste.

This group of clandestine night workers, who are predominantly men, earned their nickname from the tactics they use removing human waste from latrines across the city.

Their hazardous work is the focus of the joint report by the International Labour Organisation, the World Bank and WaterAid.

“Frogmen” dive into pit latrines with buckets and a shovel – then dig out faecal sludge by hand.

They use no equipment or protection which exposes them to a wide variety of health hazards and diseases, and sometimes even death. There are no available figures to give a picture of just how prevalent health problems arising from their work is because it is illegal.

Organisations such as WaterAid are working with frogmen to help them build legal businesses and carry out their essential work more safely.

Meanwhile, the government points to the risk of latrine collapse and disease which arises from poor construction in the city’s slums. But for many residents, the frogmen offer an affordable alternative to the legal waste removal trucks.