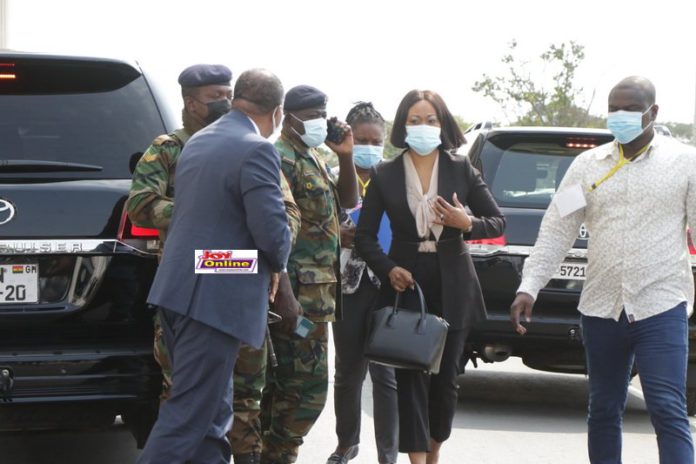 Four national security operatives have been remanded into police custody by an Accra Circuit Court for allegedly stealing vehicles belonging to the husband of the Chairperson of the Electoral Commission, Dr Charles Mensa.

The four, on Tuesday, July 27, allegedly destroyed the metallic gate of the residence of the complainant and entered his compound with two towing vehicles with registration numbers GX3976-20 and GW557V to commit the crime.

They have subsequently been charged with unlawful entry, stealing, causing unlawful damage and conspiracy to commit crime.

Their pleas were not taken by the court.

The court, presided over by Mrs Evelyn Asamoah, also turned down bail application put in by Prince Neequaye, counsel for the accused persons.

Chief Inspector Emmanuel Haligah, holding brief for Assistant Superintendent of Police (ASP), Sylvester Asare, told the court that after allegedly stealing the vehicles, the accused persons loaded them unto the towing trucks, and exited the compound.

He said while existing the house, some military men saw them and apprehended them.

The Prosecutor said the military men handed them over to the police attached to the National Security.

The drivers of the respective towing vehicles, however, escaped with their vehicles.

He said investigations were underway to arrest the drivers and their towing vehicles.

The matter has been adjourned to August 11.