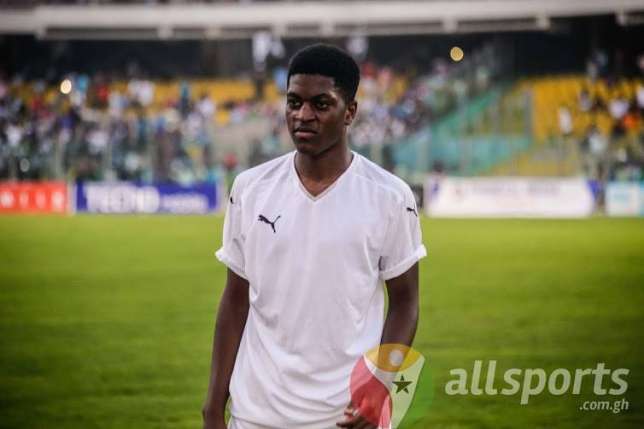 Reports say Sharaf who plays as a striker for German sixth-tier side, Verbandsliga, is now in Ghana training with the academy boys.

”Sharaf has been good and a wonderful kid; very respectful and determined to succeed as a footballer. He’s well-travelled but was impressed with the facilities here and that’s a plus for us,” a club source said.

Sharaf has been working out to remain fit along with close friend, Hope Doagbodzi.

The 24-year-old striker once had a short stint with Belgian topflight side KV Mechelen.

Sharaf is not new to Ghanaian football-loving fans because he has associated himself with legendary footballers such as Asamoah Gyan, Andre Ayew, Stephen Appiah, etc.

Sharaf showed glimpses of his skills when he featured in ex-Ghana captain Stephen Appiah’s testimonial played in June 2015.

While studying in Dubai, he regularly attended matches of Ghana captain Asamoah Gyan when he was the star striker of Al Ain in the UAE top-flight league.