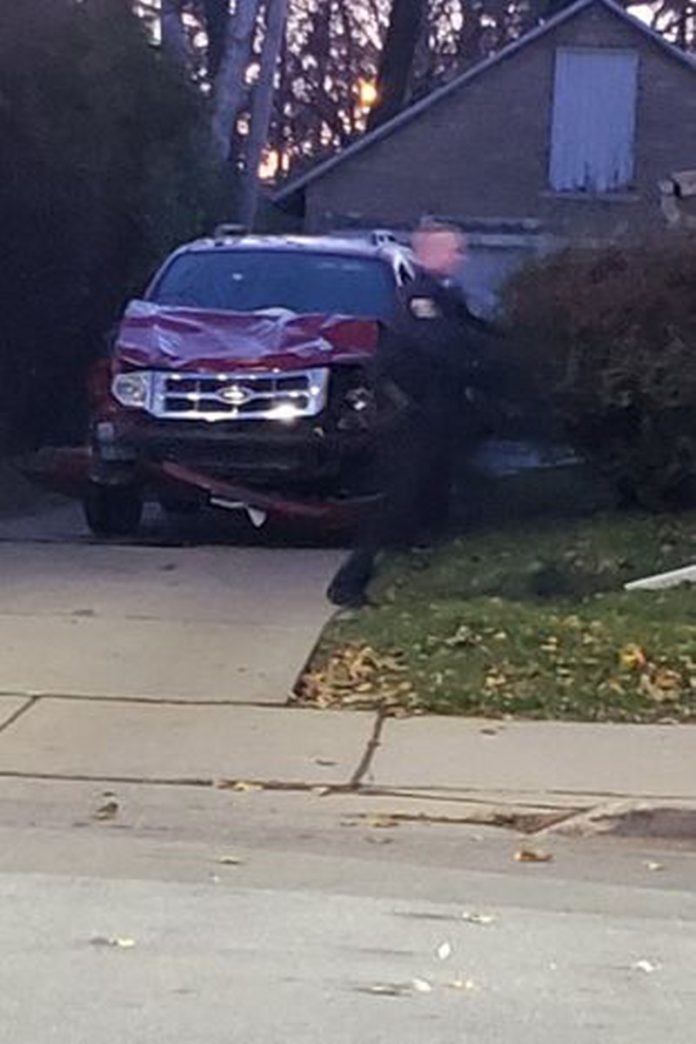 At least five people were killed and more than 40 injured after a car ploughed through a busy Christmas parade on Sunday.

People were screaming as the vehicle sped through the crowd at roughly 4.30pm local time. An arrest has been made.

City officials said that five people are confirmed to have died – but admitted the numbers “may change”.

A Twitter post said: “At this time, we can confirm that five people are deceased and over 40 are injured.

“However, these numbers may change as we collect additional information.

“Many people have self-transported to area hospitals. The Police Department has the person of interest in custody.”

In an earlier press conference, Waukesha Police Chief, Dan Thompson, said the suspect vehicle had been recovered and there were no further threats after the incident.

He told reporters: “A red SUV drove into our Christmas parade that we were holding downtown.”

It was not known whether the incident was related to terrorism, he added.

Mr Thompson also said officers had opened fire on the vehicle as the incident unfolded.

Police did not believe shots had been fired from the vehicle, he added, contrary to earlier reports.

A law enforcement source told CBS News it appeared the suspect was fleeing another scene – possibly a knife fight – when he ran into the people at the parade.

The FBI has also been drafted in to assist with the probe.

Clips posted online of the incident showed a red vehicle driving at speed through the parade, appearing to run over more than a dozen people.

A woman told Fox6 TV station the SUV hit a dance team of girls between nine and 15 years old.

She said the immediate reaction was silence, followed by screaming, running and checking on those injured, Fox6 reported.

And Brayden Kowalski, a 19-year-old witness, told Fox News he was with his family when he saw what happened.

“[The driver is] just blowing through people, kind of just dinging a lot of people, bodies flying everywhere,” Kowalski said

“These people didn’t get run over, they got f*****g thrown through the air. Like a lot of people got tossed up into the air.”

A person of interest is in custody, police said

One unverified video shared on social media shows a red SUV flying past the parade, narrowly missing a child dancing in the road.

Another clip shows a red 4×4 smashing through a barricade as the sound of gunshots rings out in the background.

A live stream of the parade shows what appears to be the same vehicle racing down the street, shocking onlookers on either side of the road.

Shortly after the SUV hurtles through the crowds, police vehicles drive past with their sirens blazing in what seems to be a pursuit.

Witness Angelito Tenorio told the Milwaukee Journal Sentinel: “We saw an SUV crossover, just put the pedal to the metal and just zooming full speed along the parade route.

“And then we heard a loud bang, and just deafening cries and screams from people who are struck by the vehicle.”

Another witness wrote on Facebook: “I’m safe but a car just ploughed through people at the Waukesha Christmas parade right in front of us. Shots fired and we’re inside a shop hiding.”

Kaylee Staral, who was at the parade, added: “There were lots of families, lots of small children there. A red SUV came running down the street, hitting a lot of people.

“There were a lot of screams. We thought maybe it was Santa, but it was a red SUV and it hit a lot of people.”

She said there were multiple people lying on the ground moments later, Mail Online reports.

Angela O’Boyle, told CNN she was on her balcony watching when “the next thing I heard were screams, and turned my head and saw the car come and plow into the band.

“It hit at least two people right away and rolled over them,” she said.

“And then continued down the road to People’s Park which is at the end of the block — and then kept going, it didn’t stop.”

An appeal for blood donors has gone out on social media in the wake of the attack, with numerous locals saying online that they were willing to help.

President Joe Biden was briefed by aides about the incident, a White House official said.

“The White House is closely monitoring the situation in Waukesha and our hearts go out to everyone who has been impacted by this terrible incident.

“We have reached out to state and local officials to offer any support and assistance as needed.”