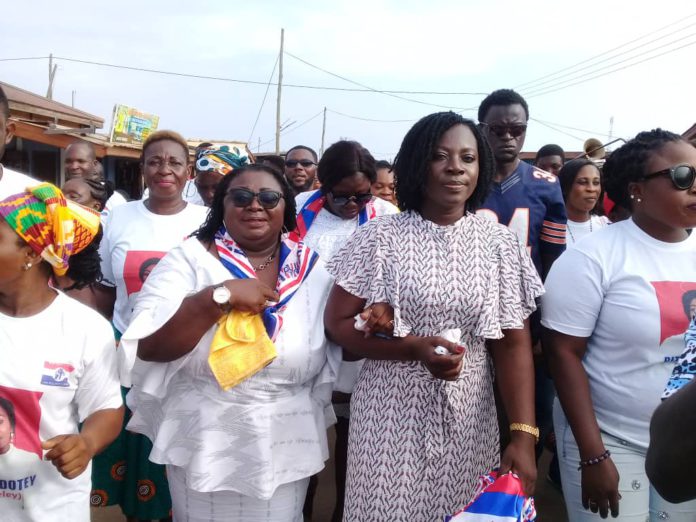 An aspiring parliamentary candidate of the New Patriotic Party (NPP) is hopeful of recapturing for Ningo–Prampram parliamentary seat in 2020.

Rita Akweley Addotey also a polling station Women’s Organizer in the area said, she will give any candidate the opposition National Democratic Congress (NDC) elects a run for his money.

Speaking to the cheering supporters who accompanied her to file her nomination forms at the party office, Rita Akweley Addotey said she is the right candidate for the NPP to win the seat in the NDC stronghold.

This, she noted will only be possible with better strategy and organization skills from an experienced candidate like her.

Akweley as she is popularly called urged members of the NPP to work in unity for a resounding victory in 2020.