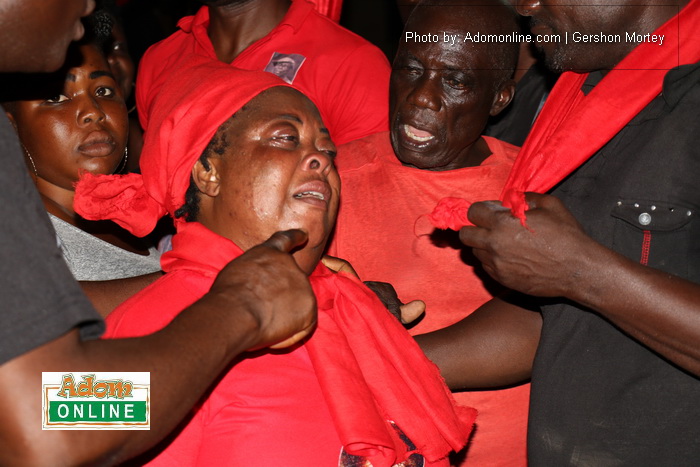 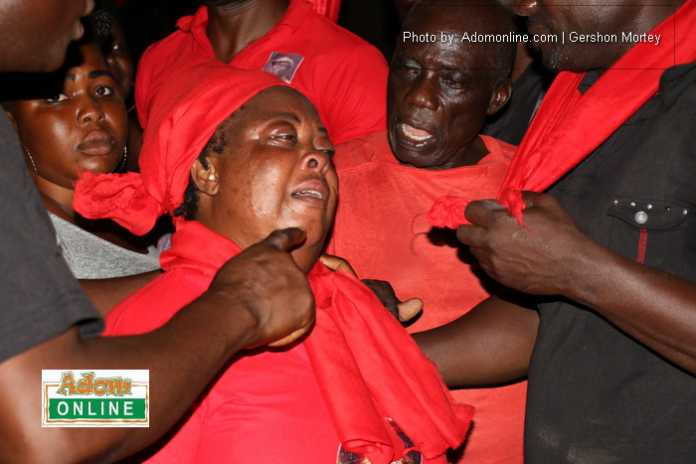 Family members, colleague actors and sympathizers of veteran actor and comedienne, Super OD, have gathered at the Swedru-Abodom park in the Central Region to observe the wake ceremony of the late actor, known by real name, Asonaba Kweku Darko.

Super will be buried later on Saturday at his home town, Agona Abodom, after a funeral service that will see many prominent actors and other popular personalities attending.

Due to his influence with the Osofo Dadzie Group, famous showbiz personalities including Osofo Dadzie himself, have all been part of the wake-keeping ceremony to leading to the funeral service later today.

Unlike the One week celebration, there is hadly any space for one to manoeuvre as sympathizers who want to pay their last respect to the actor, have virtually taken over the Abodom township.

The “Octopus band” are soothing patrons, clad in their red and black apparels, to emotional dirges to ready the atmosphere for the final funeral ceremony.

Former president John Mahama who is a known admirer of the late actor is expected to be at the funeral along with other political figures.

Adomonline.com has it’s cameras and eyes at Agona Abodom and will bring readers every detail about the funeral service later today.

The funeral will also be streamed live on this platform and across other Multimedia’s social media platforms as well as Adom TV’s live coverage.