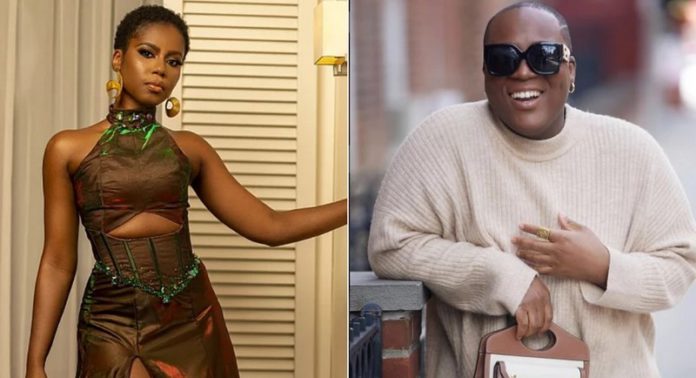 You know you got it right when you get validation from the most assertive Ghanaian style critic from Ghana, Charlie Dior.

For celebrities that turn up on the red carpet, a lot of input goes into their looks in just to make them step out and look distinct from each other and make the headlines.

On the other hand, it is also a moment where critics rare their heads up to actively flag their score cards constructively like the controversial yet adored style critic, Charlie Dior does.

Unlike Kwame Eugene and other industry players who fell prey to the bitter but true comments from Charlie for their poor style sense at the VGMA, singer Mzvee had nothing but praises.

Charlie Dior was sighted in his latest YouTube video making waves online eulogizing the style impresario for her laudable fashion statement she made on the red carpet.

Exalting the Natural Girl singer, Charlie Dior stated he got very emotional after seeing Mzvee on the red-carpet and complimented her perfect taste of color choice and make up.

He also used MzVee’s look as a standard to which celebrities should appear on the red-carpet and urged them to take lessons from the very best dressed celebs that turned up.